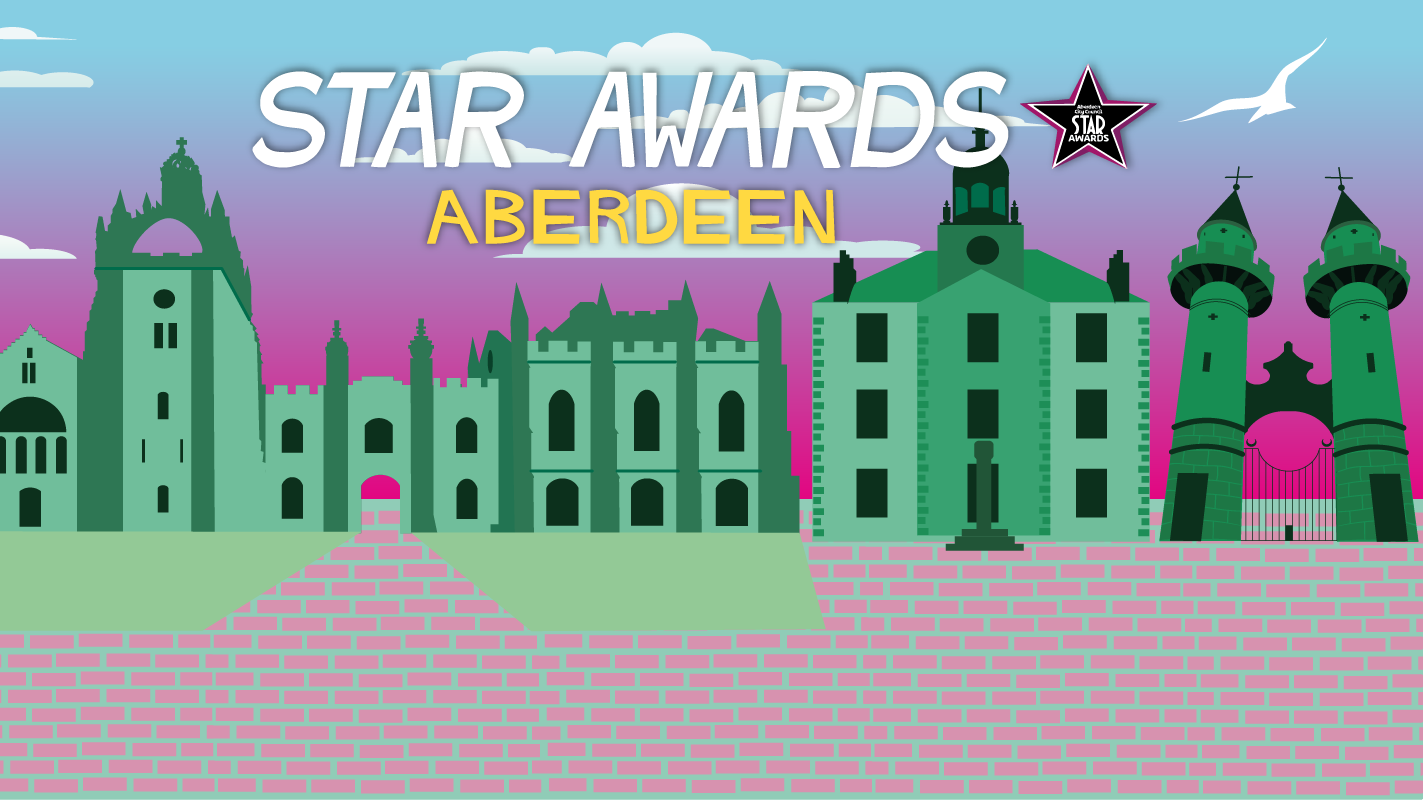 Aberdonians are being asked to vote for their favourite from the four finalists with the winning council employee or team being revealed at the Star Awards virtual ceremony on Thursday 16 September.

To vote for the individual or team that you think should win the People’s Champion 2021 please visit https://bit.ly/3k0YZYA

Votes must be received by noon on Wednesday 15 September.

The Star Awards organisers had originally thought there be would three finalists however the public’s nominations were so compelling the external judging panel decided that four finalists should be put forward for the chance of becoming People’s Champion 2021.

Angela Scott, Chief Executive, Aberdeen City Council said: “Each of the finalists has gone above and beyond to improve the lives of the people and communities in Aberdeen over the past 12 months.

“Each finalist is a worthy winner, and I would like to thank them all for the outstanding efforts made by them. They are wonderful examples of the exceptional staff we have working for Aberdeen City Council.”

Aberdeen City Council leader Councillor Jenny Laing said: “I’d like to thank everyone who took the time to nominate a council employee or team. I’m not surprised that the external judges had a hard time deciding who the finalists should be as there are so many individuals and teams at Aberdeen City Council that are worthy of the title People’s Champion.

“I would encourage everyone to take some time to consider the amazing work and efforts of all the finalists and make sure they vote for who they think should be given the prestigious People’s Champion at this year’s Star Awards.”

The four finalists are:

Aileen works tirelessly to support all the pupils and staff at Bucksburn Academy. She never refuses to help with any task no matter how busy she is. She is always very understanding and compassionate. Whatever the time or day of the week, she never fails to have a smile on her face.

Aileen goes above and beyond to support all pupils in the mainstream and the Wing working tirelessly making sure that their needs are met. She is highly regarded by her colleagues at the school, pupils and parents/carers past and present.

Aileen is always the first person in the building and the last to leave. She is very kind and welcoming and has time for everyone. She is the absolute beating heart of Bucksburn Academy.

The Covid-19 pandemic has posed the most significant acute risk to public health in living memory. The Environmental Health and Trading Standards teams of Protective Services have been key to ensuring the effective protection of public health, through the appropriate implementation of the business restrictions and the investigation and control of clusters of cases. Officers have worked tirelessly with colleagues from NHS Grampian, Police Scotland and the Health and Safety Executive to ensure that effective public health control measures have been implemented throughout the city to protect the health of the population of Aberdeen.

This has required the team to upskill and adapt to deliver against a complex and constantly changing suite of rules and restrictions, requiring different responses throughout the various stages of the pandemic.

Sharon worked throughout the COVID restrictions to support the academy’s young people. She delivered chrome books, food and toiletries to young people. She offered young people support virtually and met with them for ‘walk and talks’ offering them a chance to interact with someone and giving assurance that they had not been forgotten.

Sharon also assisted at the Tullos Hub for vulnerable young people and children of key workers and volunteered to assist help in a care home with distributing lunches to the elderly residents. Sharon has been not only been a support for the young people in feeder primaries and the Lochside Academy, but she supports the Youth Workers who work with her. She always goes above and beyond with good grace, humour and compassion.

The Regional Communications Centre (RCC) team works 24hrs a day seven days a week. The RCC covers community alarms for the whole of Grampian region as well as housing repairs roads and street lighting for Aberdeen City Council as well as Perth and Kinross Council and Highland council. The RCC also monitors all City and Shire school intruder alarms the fire alarm for all multi stories in the city and are in constant contact with ambulance fire and police daily.

Their work with the community alarm is inspiring. If it was not for them so many vulnerable people within the city would be at a loss.

The RCC have worked through the pandemic in the office and deserve recognition for the amazing work they all do.

The Star Awards are the Council’s annual staff recognition awards, which includes the People’s Champion and is the only award category that is nominated and voted for by the people of Aberdeen.

Nominations for the People’s Champion were submitted by the public and then reviewed by representatives from local voluntary groups before the top four finalists were agreed by an external panel.