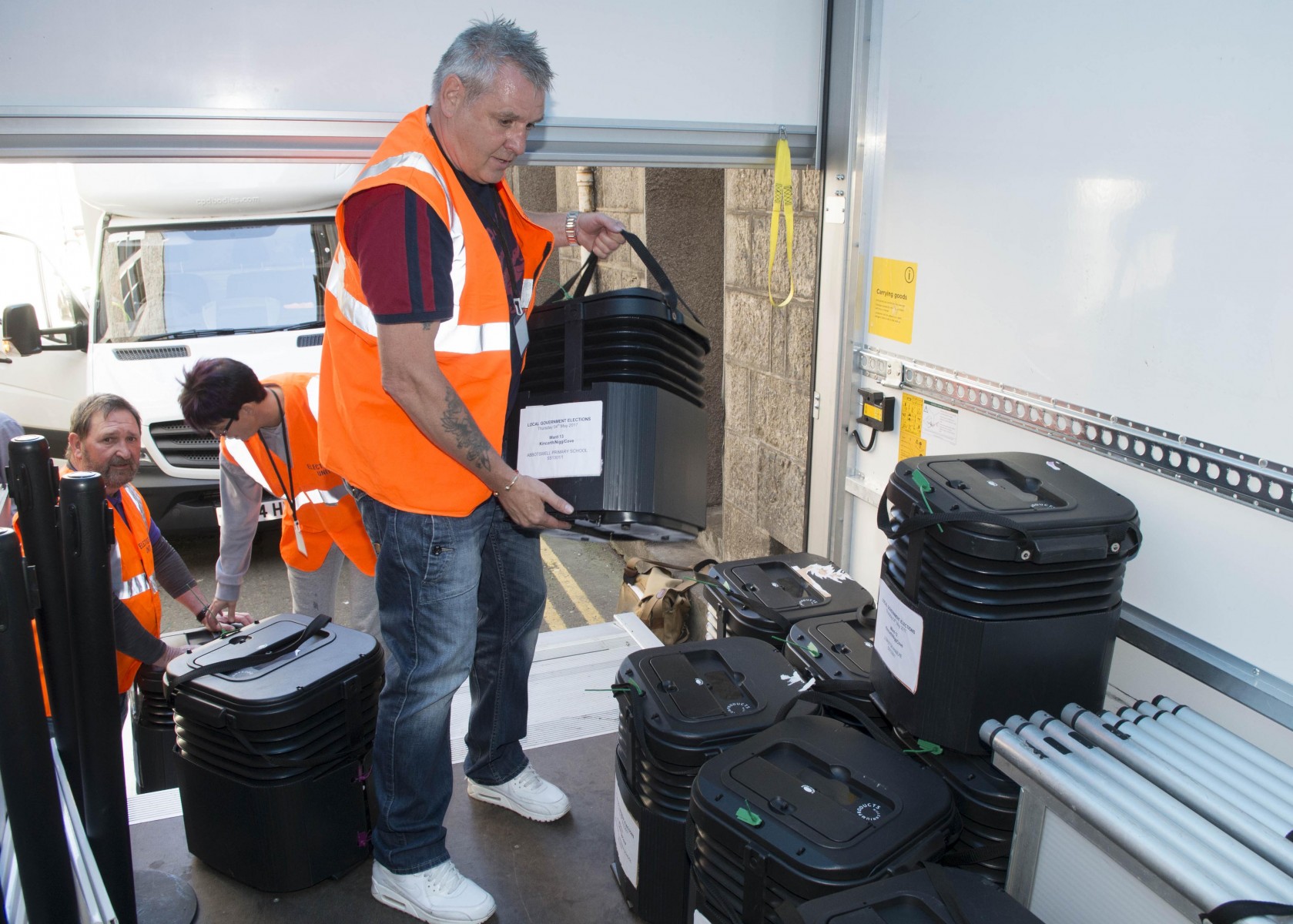 The ballot boxes have been delivered, the polling stations are prepared and the team of staff is primed for duty throughout Aberdeen on the eve of the 2017 Scottish Council Elections.

Months of preparation and meticulous planning underpins the operation which will elect ward members to Aberdeen City Council.

There are 13 multi-member wards, with a total of 45 councillors to be returned following the election on Thursday, May 4. Polling stations will be open from 7am to 10pm on May 4.

The Scottish Council Elections are operated under the Single Transferable Vote (STV) system, which requires voters to use numbers to mark their ballot paper to rank candidates in preferential order.

The count will take place on Friday, May 5, at the Aberdeen Exhibition and Conference Centre. It will be an electronic count, with declarations being made throughout the day as results from each ward are confirmed.

Returning Officer Angela Scott, Chief Executive of Aberdeen City Council, said: “A tremendous amount of hard work and planning is put in by our elections officers and the many staff from throughout our own organisation, as well as a great number of individuals and groups from outside of the Council, who are called upon to ensure the smooth running of each election.

“Months of preparation will culminate with polling day on Thursday and the count on Friday, both of which are significant undertakings. I’m proud of the way in which the teams come together and we look forward to the days ahead.”

To be elected a candidate must reach a set amount of votes, known as the quota. Any candidate who reaches the quota is elected, any votes received over the quota are not needed by the elected candidate and therefore transferred to the second preference.

If not enough candidates have reached the quota to fill the ward requirements the candidate with the lowest number of votes is eliminated and all of their votes are passed to their next preference on the ballot papers. This process is repeated until the required number of candidates for each ward have been elected.