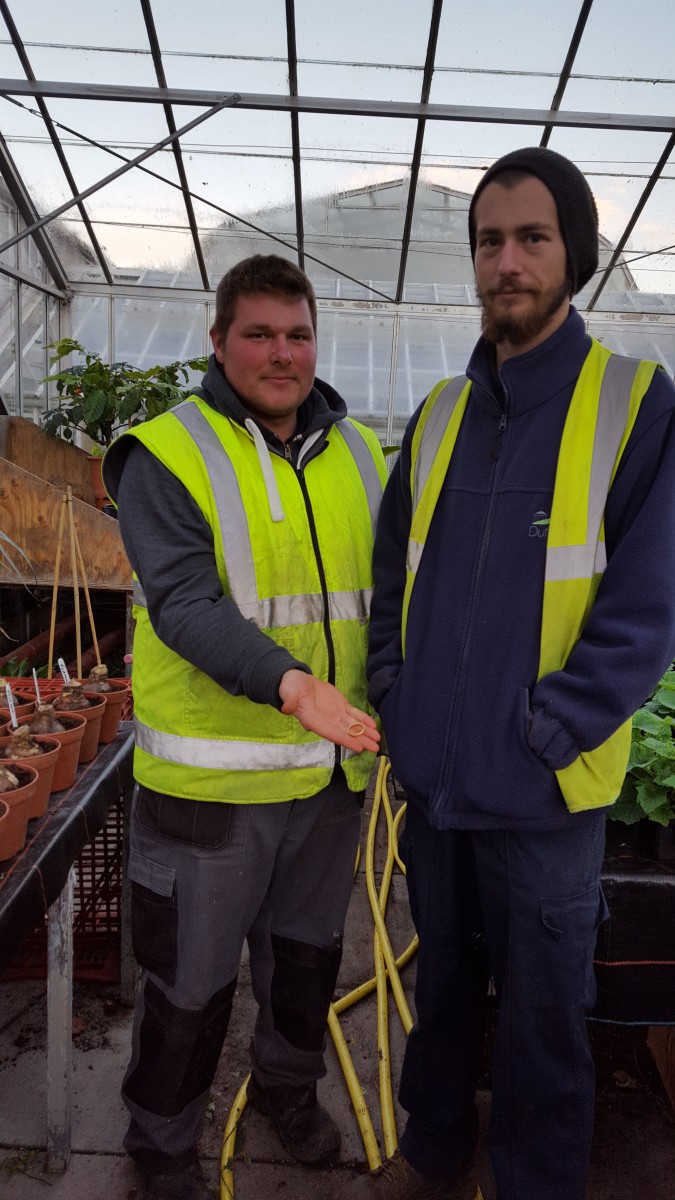 It was just an ordinary day at work for two Duthie Park gardeners but the working day was about to take a strange twist when they were approached by a worried visitor.

Rob Devlin and Shane Walsh, came to the rescue yesterday (21 December 2016) when a man reported that his wedding ring had slipped off and fallen down a drain in the iconic city park. Armed with only a picture of the area where the ring was thought to have fallen, the intrepid duo searched through each of the five drain holes sifting through leaves and mud.

The chances of finding the ring were thought to be a “million to one” but Rob and Shane came up trumps at the very last hole when Shane found the treasured item hidden in the very last handful of leaves he had scooped up. He then returned it to the relieved owner, who prefers not to be named.

Councillor Jean Morrison, Communities, Housing and Infrastructure Committee Vice-Convener, said: “Well done to Rob and Shane on their efforts yesterday and finding the wedding ring. The team at Duthie Park are all dedicated and willing to go the extra mile to help visitors so it’s no surprise that they came up trumps for the ring’s owner.”

Rob said: “We didn’t have much hope when we started; we thought it must have been washed away. But thanks to the drain not being as full of water as normal we were able to work our away along the drains with our hands until Shane found the ring at the fifth and final hole.

“We had a real feeling of achievement and the owner was overjoyed when we returned the ring to him”.

The Duthie Park also made the news earlier this week when it was announced that the park café will re-open next Spring following extensive refurbishments and an extension into the iconic Winter Gardens, offering enhanced all year round facilities.