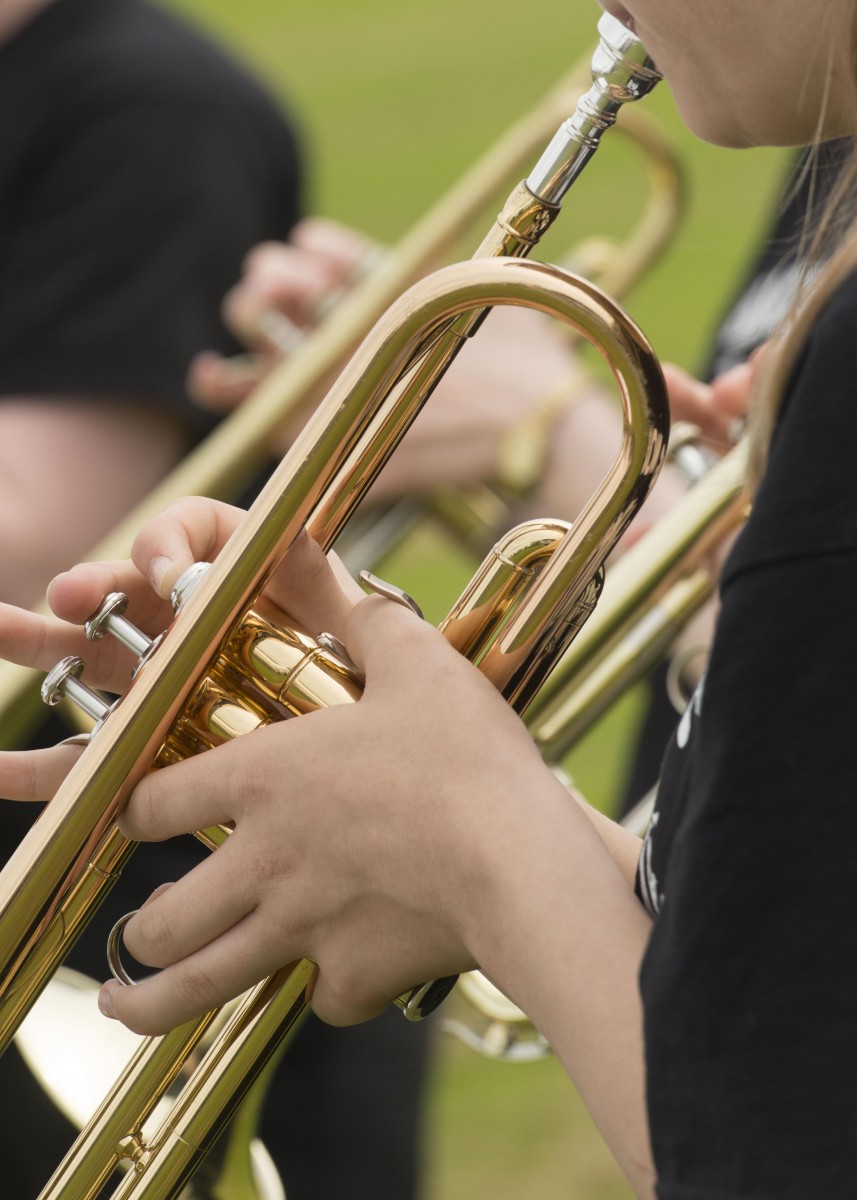 Trumpet
29/06/15 A new orchestra that aims to transform children’s lives made its performing debut in Aberdeen today (Monday).Torry is the third community in Scotland to establish a Big Noise orchestra – inspired by Venezuela’s “El Sistema” movement.Over 200 Primary 1 and Primary 2 children from Walker Road Primary and Tullos Primary sang and played in a marquee on playing fields at Girdleness Road. Family members of the children were joined by Aberdeen’s Lord Provost, a Scottish Government Minister and a representative of the Venezuelan embassy to applaud the performance.Big Noise Torry is delivered in partnership between Aberdeen City Council and the charity Sistema Scotland.

Dyce Academy is this week taking part in a recycling scheme with a difference.

The school has signed up for Musical Instrument Amnesty, a nationwide initiative by Zero Waste Scotland which encourages music lovers to keep old musical instrument in use. The scheme is part of Pass it On Week (10-18 March) and Dyce Academy has agreed to act as a collection point for people to drop off unused or unwanted instruments.

The national week of action aims to showcase re-use as a quality, attractive alternative to new, offering Scots the chance to help others and the environment by keeping things in use.

As well as helping the environment, the school hopes to offer up instruments to pupils to encourage musical participation.

Laura Ferguson, Teacher of Music at Dyce Academy, said: “We feel this initiative poses a brilliant opportunity for the pupils at our school and the community as a whole, through the possible increase of instrumental experiences.

Andrew Pankhurst, Zero Waste Scotland’s Re-use Campaigns Manager and himself a keen musician, said: “The Musical Instrument Amnesty is a great way for people to get involved in Pass it on Week by passing on the gift of music.

“Pass it on Week is all about looking at what we no longer use and passing it on to have a new life with someone else, and one of the great ways you can do that is by giving someone the opportunity to learn an instrument.”

Instruments or instrumental accessories can be dropped off at Dyce Academy between the hours of 8am-4pm up to and including 16 March.