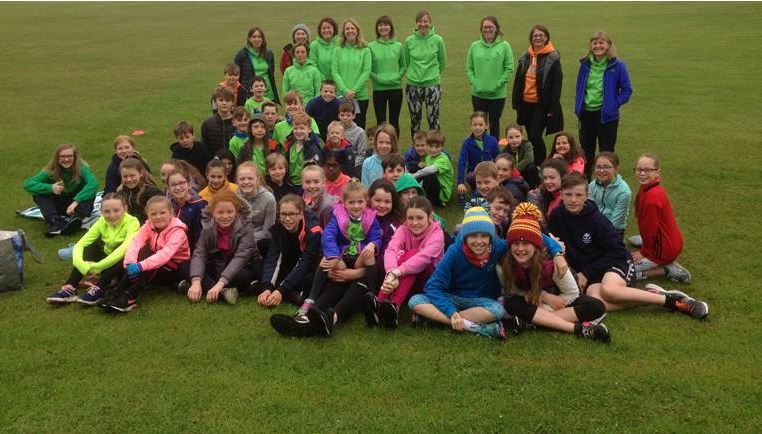 Pupils at Cults School are taking on a record breaking 300 mile challenge on Friday 21 June and raise money for three charities into the bargain.

The schools running club, called the Cults Cheetahs, have in the last two years blasted their cumulative targets of 100 miles in 2017 and 200 miles last year, running from 8am until the school bell rings at 9am.

The running group are going for their biggest challenge yet with pupils attempting to beat their record by running, jogging and walking as many laps as they can in the allotted hour. Family and supporters are welcome to come along and cheer on the Cheetahs.

Councillor John Wheeler, Education Operational Delivery Convener, said: “This is yet another marvellous effort from the pupils at Cults School and it would be fantastic if they can smash their previous records and raise funds for some great charities in doing so”.

Staff members from all three charities are paying visits to the local school in the run up to the challenge, to share with their work with the children.

Parent Rebecca MacKenzie, who helps run the club, said : “Three years ago, our club was inspired by all the amazing London Marathon charity fundraising so we set to do our own fundraising 100 mile challenge. Since then, it has become a favourite event for all of the children and we have supported a range of different charities, all selected by the pupils.

“This year, we are delighted to be raising money for Archie Fund, Charlie House and Fiona's Eye Fund - all charities which are connected to some of our children. However, this year, we have set ourselves a huge challenge to run 300 miles before school doing laps of our school playing fields.

“Hopefully, we'll have a sunny day, lots of supporters and will raise a great total for our charities”.

The photograph shows the Cults Cheetahs runners with representatives of one of theri chosen charities, Charlie House.