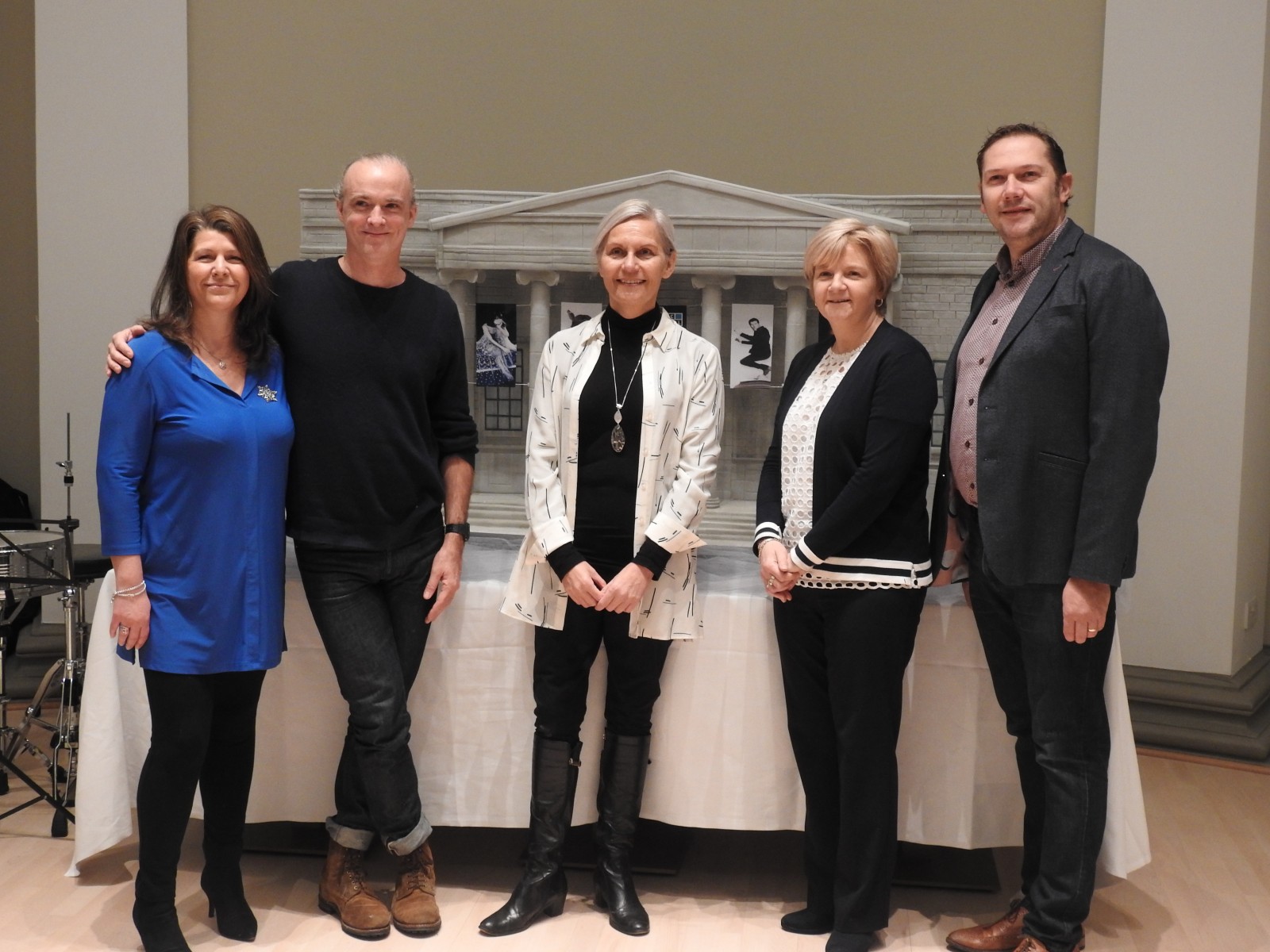 A brand new era for one of Scotland’s best-loved venues began on Saturday (8 December) when the newly renovated and restored Aberdeen Music Hall, Scotland’s concert hall in the North-east, was once again filled with life, as musicians, artists, community groups and well-wishers came together to take part in a packed day of ‘Stepping In’ events and performances, celebrating talent and creativity in the North-east.

Aberdeen City Council Co Leader, Councillor Jenny Laing said: “We were delighted to have invested £3 million in the redevelopment of the Music Hall as part our £1 billion transformation of the city’s infrastructure and it’s great to see our much-loved cultural landmark re-open its doors in its greatly improved form. The revamped Music Hall will join the redeveloped Art Gallery and the new £330m TECA complex in playing an integral part supporting the delivery of the city’s ambitious Aberdeen 365 event programme, a year round programme of world class events, festivals and performances which make the city a vibrant and exciting place to visit and experience.”

Aberdeen Performing Arts, Chief Executive, Jane Spiers, said: “We set out to create a fit for purpose, inspirational space for the next generation of artists and audiences. Finally the moment has come to say welcome back to the Music Hall, lovingly renovated, re-imagined and once again at the heart of cultural and community life. We are so proud to deliver the transformed Music Hall for the city. It has been a labour of love for the team over the last two and a half years.”

The historic city-centre building has been closed since April 2016, to undergo a £9 million transformation, led by the arts charity Aberdeen Performing Arts.

The opening moment was marked by a special performance of the Travis hit ‘Sing’, performed by the Music Hall Community Choir and led by Travis frontman, Fran Healy, before Aberdeen Performing Arts Chief Executive, Jane Spiers and Chairman, Craig Pike, made things official by cutting into a giant Music Hall-shaped cake.

Jane said: “We chose ‘Sing’ because it is uplifting, iconic and all about the restorative power of music, so just perfect for this forever moment in a venue that has been the soundtrack to city life for nearly two centuries. We were delighted when Fran Healy accepted our invitation to join us.”

The Nevis Ensemble, Scotland’s street orchestra, played on the steps of the Music Hall as young ambassadors opened the doors to the public at 9.30am. During the day there were performances from Big Noise Torry who held their Christmas concert, a special performance of Emile Sande’s ‘Read All About It’ from Orchard Brae school for young people with additional support needs with Drake Music Scotland musician Abi Sinar, using new technologies, an intergenerational project led by Scottish Opera, performances from young people from Aberdeen Performing Arts youth theatre and Project Band, soundcollective, City Moves and there was a ‘Big Sing’ finale led by the Music Hall community choir.

The Music Hall has added a string to its bow with new exhibition and digital artspace. The first commission for the new floor to ceiling LED screen is ‘Meet Me at the Music Hall’ inspired by concerts and events down the years. ‘In Love in the Music Hall’ features 12 poems inspired by music, which have been illustrated by artist Andrew Cranston. The title of the exhibition is taken from a line in Scottish Machar Jackie Kay’s poem whose birth parents met in the Music Hall

The ambitious project has seen the 200 year-old venue undergo extensive excavations below ground to create a new lower level and freed up space to re-organise and re-imagine within the existing footprint of the building. This single move has resulted in a new performance studio, Big Sky Studio, a new creative learning studio, the Tutti Studio, a new café bar, Coda, a new restaurant, Rondo, the new Stepping In digital artspace and a relocated box office and reception .

The works have also included vastly improved access from street to seat including new lifts and ramps to allow everyone, including people with restricted mobility, to access all levels from basement to balcony for the first time in the building’s history.

Jane said: “We set out to create a more welcoming and inviting environment for artists and audiences. We have relocated box office, created a new reception, simplified circulation, brought more light in by revealing windows, replacing solid walls with glass and introducing feature lighting.”

Celebrations continue on Sunday 9 December with guided tours of the Music Hall in the morning. There is a double celebration in the evening as hundreds of local youngsters take to the stage in the 50th anniversary Evening Express Carol Concert.

The opening season for the Music Hall kicks off in earnest in January, with acts such as Embrace, KT Tunstall, and The Vamps, all lined up to play the venue, as well as an RSNO Harry Potter concert, and comedians including Nish Kumar and Rhod Gilbert.

Tickets for all shows are available from aberdeenperformingarts.com, phone on (01224) 641122 or visit the Box Office at HMT, the Music Hall and The Lemon Tree.