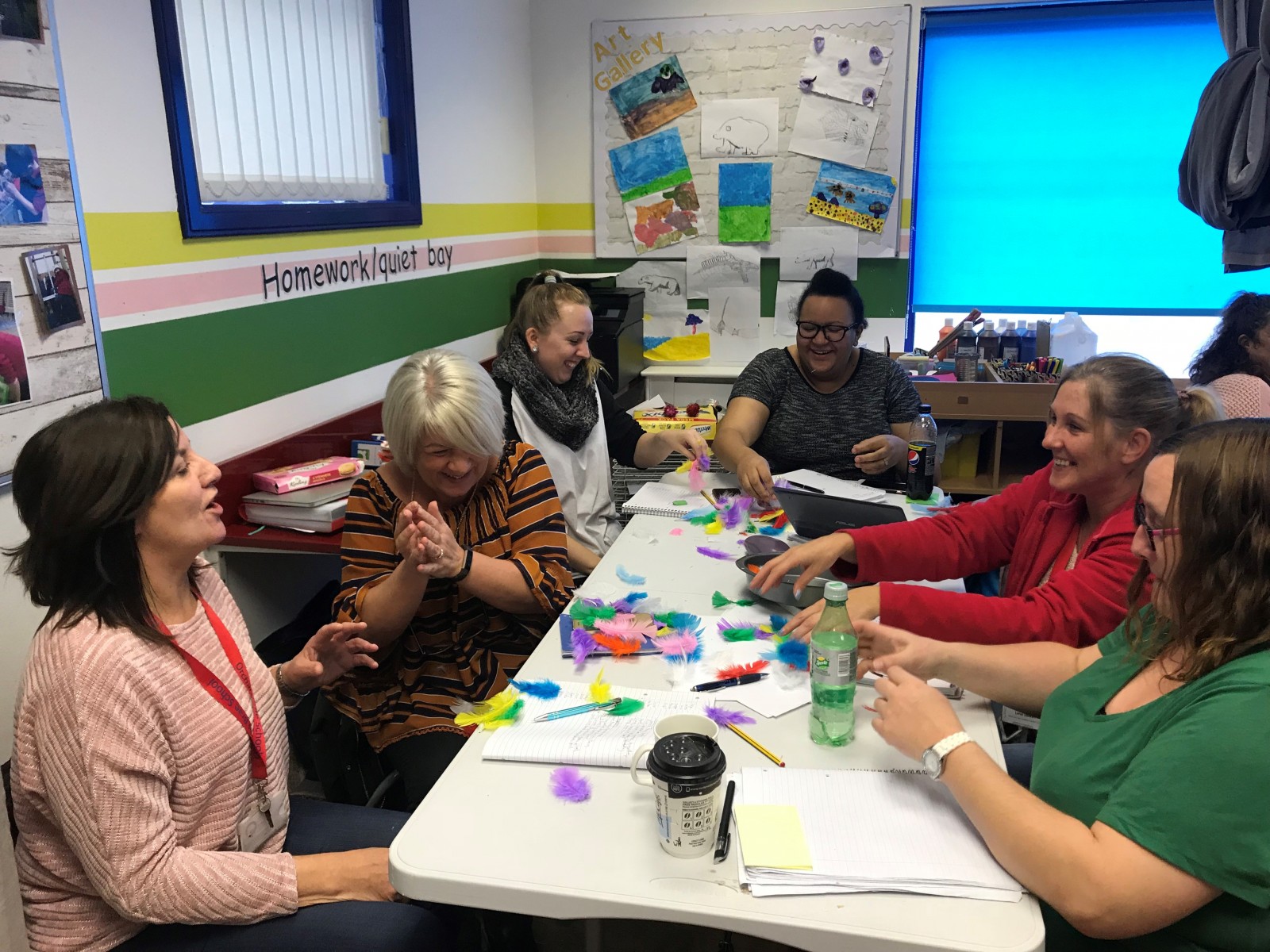 29 Aberdeen City Council members of staff have been eagerly looking forward to the end of the school holidays so they can embark on their new careers as fully qualified Early Years’ Practitioners across the city’s early learning and childcare settings.

All 29 are existing employees of the Council who put themselves forward for retraining and a change in career, successfully completing a one-year traineeship in time for the start of the new academic year.

A celebration event to mark their achievements is planned later this month while in the meantime, a further 30 existing employees from across the Council who expressed interest in undertaking the second tranche of the traineeship will also commence roles as Trainee EYPs.

These employees will play a vital role as Aberdeen gears up to deliver extended early learning and childcare entitlements across the city to meet the Scottish Government’s proposed increase from 600 to 1140 hours in childcare and early learning provision in 2020.

Eleanor Sheppard, Aberdeen City Council’s Chief Education Officer, said: “The role of Early Years Practitioner is such an important and rewarding one which helps give children the best possible start.

“We have had an amazing response from Council staff to the re-training opportunity and our new Early Years Practitioners will play a huge part in our aims to reduce the poverty-related attainment gap and improve long term outcomes for children and families”.

Newly qualified Early Years Practitioners Julie Ross and Marion Smith are delighted with how things have gone. Julie said: “I have really enjoyed gaining this qualification and it’s been a fantastic opportunity to be able to do this whilst working with the council. I feel privileged to further my skills and qualifications.

“I would highly recommend this program to anyone with a genuine interest in working with children. It’s been challenging but great fun too. I felt hugely supported by my mentors and the other trainees.

Marion said: “I was worried about working and juggling my family life with studying. I needn’t have worried. I was very well supported by my assessor and in my setting. When I got into the rhythm of it I absolutely loved the studying part and flew through my units.

“I knew it would be hard at times as I have three kids myself who have gone through nursery but I was surprised at how busy it was. I was amazed at the wealth of knowledge that the staff have. They work so hard for each and every child. I was worried that I would struggle to build a bond with the kids as I was used to working with teens but the connection I’ve built with the kids and with the parents has been really worthwhile and means a lot to me.