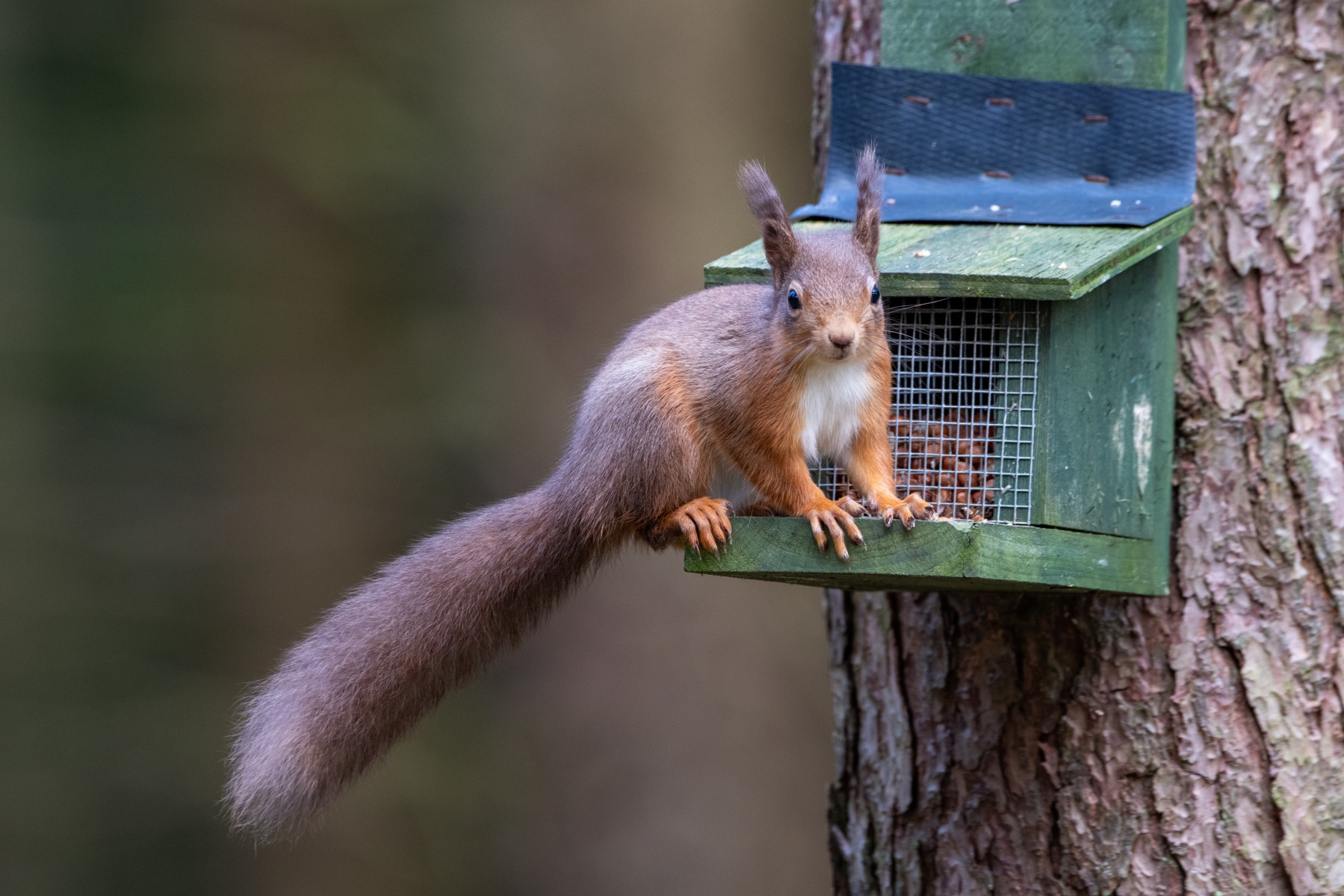 Aberdeen City Council’s Countryside Service Ranger Service is teaming up with Carnie Woods Community Group and the Scottish Wildlife Trust on a diet plan for the woods’ red squirrel population and other wildlife in the area.

The plan follows discussions between the Council Rangers, the community group and the Trust’s Saving Scotland’s Red Squirrel Project and will see the amount of food being put out for wildlife gradually reduced to benefit their health and long-term sustainability.

The Carnie Woods Community Group have agreed to manage a rota of volunteers who will put out a healthy variety of food, in gradually reducing amounts, over the next nine months to arrive at a point where the squirrels are not reliant on the supplementary feeding.

The diet plan has been determined on advice from the Saving Scotland’s Red Squirrel Project, who are working to recover the City’s red squirrel population, and will encourage some of the squirrels to move into new areas around Westhill and Aberdeen.

Ian Talboys, Countryside Officer for Aberdeen City Council, said: “The amount of supplementary food means that the population of red squirrels is well above the natural sustainable capacity for the area of woodland. This also increases the risk of disease transmission and inbreeding within the population.

Dr Emma Sheehy, Saving Scotland’s Red Squirrel’s Conservation Officer for North East Scotland said: “The proposed feeding scheme has been tailored to meet the specific needs of the Carnie Woods habitat, making the most of naturally available food sources and to overcome concerns of nutrient deficiencies posed by prior excessive quantities of supplementary feeding.”

As part of this programme, the large table-like feeding stations will be removed and replaced with squirrel feeding boxes and bird feeders hung in trees. This will help to reduce availability of the food and reduce the risk or attracting large numbers of less welcome species, including rats, which are starting to be an issue for nearby householders, causing damage to properties and posing potential health risks to people and their pets.

Mr Talboys added: “All involved with this appreciate that Carnie Woods is a great place to see red squirrels close up and hope that this will continue but with a more natural balance that will be good for the wildlife and good for people. The health and welfare of the wildlife needs to come before human gratification and this plan will help conserve this iconic species which has one of its UK stronghold populations in north east Scotland.”

Signage will be posted around the woods asking visitors not to put out additional food. The signs will ask people to contact the group if they would like to take part in the rota to put out the correct amount of food.

The photograph shows one of the new squirrel feeders which cannot be accessed by rats.