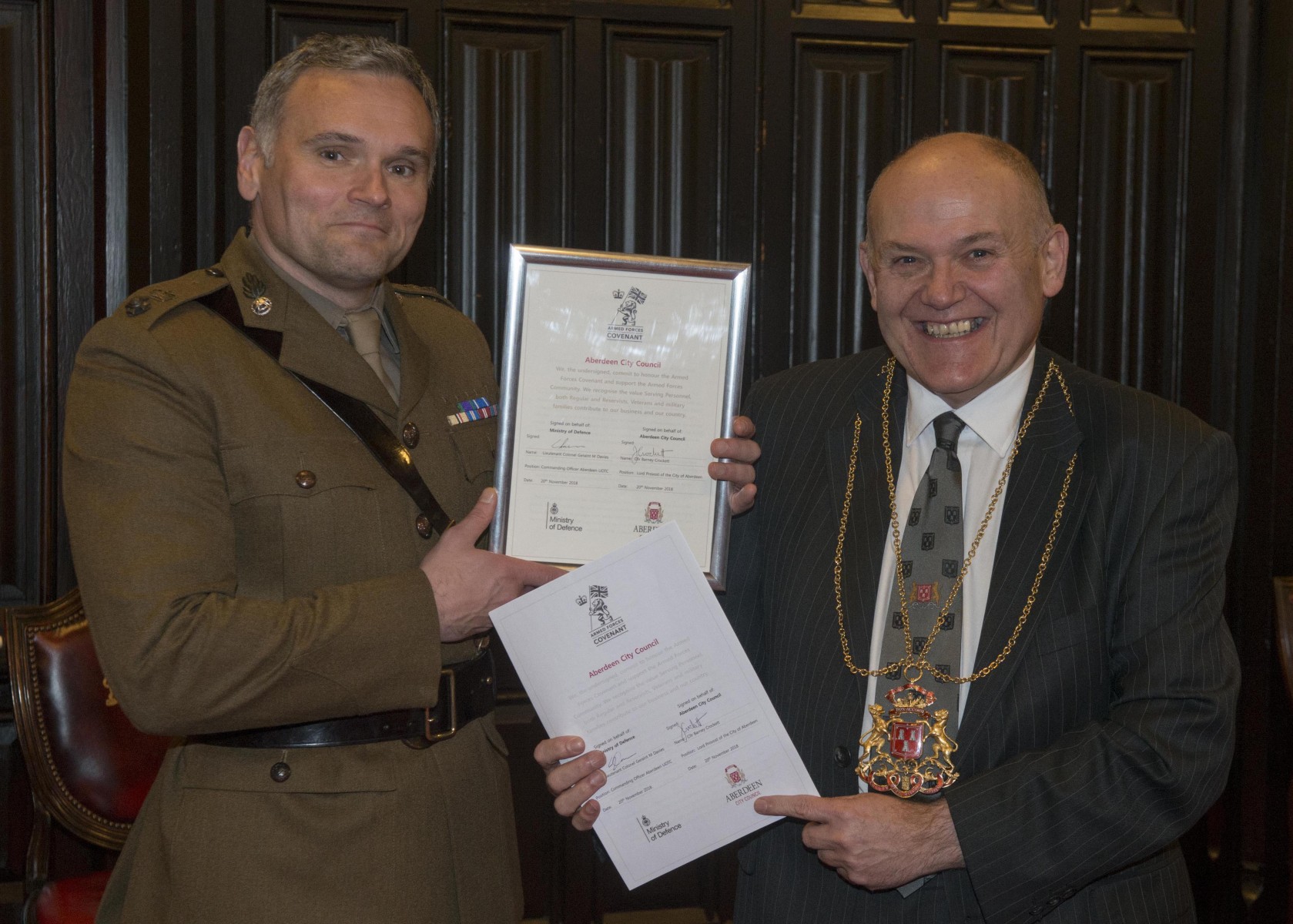 The scheme encompasses bronze, silver and gold awards for employer organisations that pledge, demonstrate or advocate support to defence and the armed forces community, and align their values with the Armed Forces Covenant.

The Council become one of only 127 employers across the United Kingdom to receive the Gold Award, having previously achieved a Silver Award in 2017.

The latest achievement highlights the work that has been done in the intervening period which also saw a refreshed Armed Forces Covenant in 2018 and an agreement to allocate up to 1% of the city’s 2000 new council houses to those leaving the armed forces, with a further 0.5% being adapted for those injured in service.

The Lord Provost of Aberdeen, Barney Crockett, who is also Aberdeen City Council’s Armed Forces Champion was delighted with the award. He said: “We are proud supporters of our Armed Forces and to receive a this wonderful award is a great tribute to the work our Chief Officer and other officers have put into the Advisory Working Group which we established in 2018 to oversee the implementation of our Armed Forces Covenant.

“This included ensuring that all of our recruitment activities references the fact that we are a Forces friendly employer, providing paid leave to our employees who are in the Reserve Forces to attend training events and the creation of an Armed Forces Network comprising employees with links to the armed forces with the purpose of supporting and improving how we can support existing and potential employees from a service background

“I know our officers are thrilled by this award and rightly so. My congratulations to everyone involved”.

In an email to the Council, Roy McLellan, Regional Employee Engagement Director at the Highland Reserve Forces and Cadets Association, confirmed the Gold Award, adding: “Very well done and many thanks for putting in all the hard work and showing your support for defence”.

Due to the current Covid-19 situation, the Ministry of Defence are unable to hold the formal award ceremony where awards are presented currently but it is hoped that an event for Gold Award winners may be held at a later date.