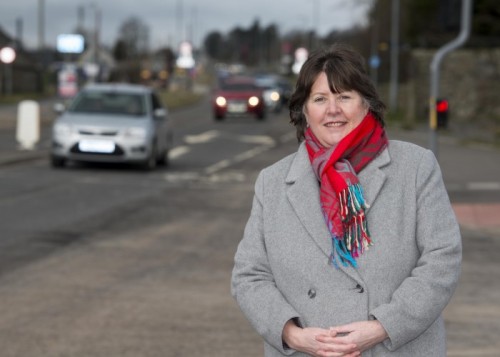 Aberdeen City Council has underlined its commitment to affordable housing with a grant of £645,100 towards a new development.

The funding has been awarded to Castlehill Housing Association for its 36 house project with Bancon Homes at Maidencraig, off the Lang Stracht.

Cllr Sandra Macdonald, Aberdeen City Council housing spokesperson, said: “This is another welcome investment in affordable housing in Aberdeen, part of a bigger picture of positive change in housing provision in the city.

“As a Council we are actively adding to our own housing stock, with two major developments ongoing, but it is essential we work with housing associations and developers to address the challenges the city faces.

“The grant funding to Castlehill Housing Association is a good example of that approach and we are pleased the Maidencraig project, in conjunction with Bancon Homes, is moving forward. The delivery of 36 houses is welcome at a time when there are great strides being made.”

Fiona Murray, Director of Development Services with Castlehill Housing Association, said: “Castlehill welcomes the support of Aberdeen City Council towards achieving our objective of delivering much needed affordable housing in the city.”

Earlier this month it was announced the Council is to develop plans for the delivery of 2,000 new council homes.

At the 2018/19 budget meeting on 6 March elected members instructed the Director of Resources to report back to the City Growth and Resources Committee with self-financing business plans, in conjunction with private developers, working within a budget of £250million.

The Council will also aim to expand its work with the private sector in the provision of affordable housing and will prepare a report detailing land holdings that could be made available.