CityFibre is investing more than £40million into Aberdeen to bring gigabit-speed connectivity to the city as part of a strategic partnership with Vodafone, with work now largely complete in Kincorth and Northfield.

As construction ramps up in Scotland’s first Gigabit City, CityFibre has appointed a second civil engineering firm - Actavo - to further support the delivery of the new state-of-the-art full fibre network, with Torry set to be the next area to benefit.

Aberdeen was chosen as the first FTTP city in Scotland because of the emergent tech sector, Aberdeen City Council’s commitment an investment in 'smart city’ initiatives and the strength of the Council's support for the project.

The build programme is set continue for the next two years, with city-wide construction due for completion in 2021.

Councillor Douglas Lumsden, Co-Leader of Aberdeen City Council and Convener of the City Growth and Resource Committee, said: “The build progress is very encouraging and the project is bringing enormous benefits to households and businesses throughout the city.

“Becoming Scotland’s first Gigabit City is a real statement of intent for Aberdeen as the digital infrastructure that will underpin our future continues to take shape. World class connectivity will be vital in supporting our economic and social ambitions and the Council is pleased to be working in partnership with CityFibre and Vodafone to support a landmark project.”

Allan McEwan, CityFibre’s City Development Manager for Aberdeen, said: “Aberdeen was the first Scottish city announced as part of our national roll-out to bring full fibre broadband to five million UK homes and businesses. It is fantastic to see it now coming to life with the first homes now beginning to connect to the network.

“This is a major chapter in Aberdeen’s digital story and the benefits will be huge for all aspects of society – whether it’s helping businesses become more innovative and productive, helping households make better use of smart technology or increasing the ability of local professionals to work efficiently and effectively from home.

“Our appointment of Actavo at this stage of the build shows that we are serious about this rollout and it was a pleasure to be joined by the co-leaders of Aberdeen City Council to give them a closer look at the real progress we are making.”

Vodafone will use CityFibre’s network to bring Vodafone Gigafast Broadband to residential customers in Aberdeen.

Chris Carroll, City Manager for Aberdeen, Vodafone, said: “There has been a fantastic response from Aberdonians to the potential offered by our Gigafast service. Our brand ambassadors have been all over the city explaining the difference this will make to broadband within homes and we are thrilled to say that more than 5,000 households are now within reach of full fibre internet.

“In early 2019, the roll-out will rapidly accelerate which is great news for the city as people have registered their interest by the thousands. The first homes are starting to connect and, as each new area of the city ‘goes live’, we’ll be keeping local residents fully up-to-date on how they can join the full fibre revolution.” 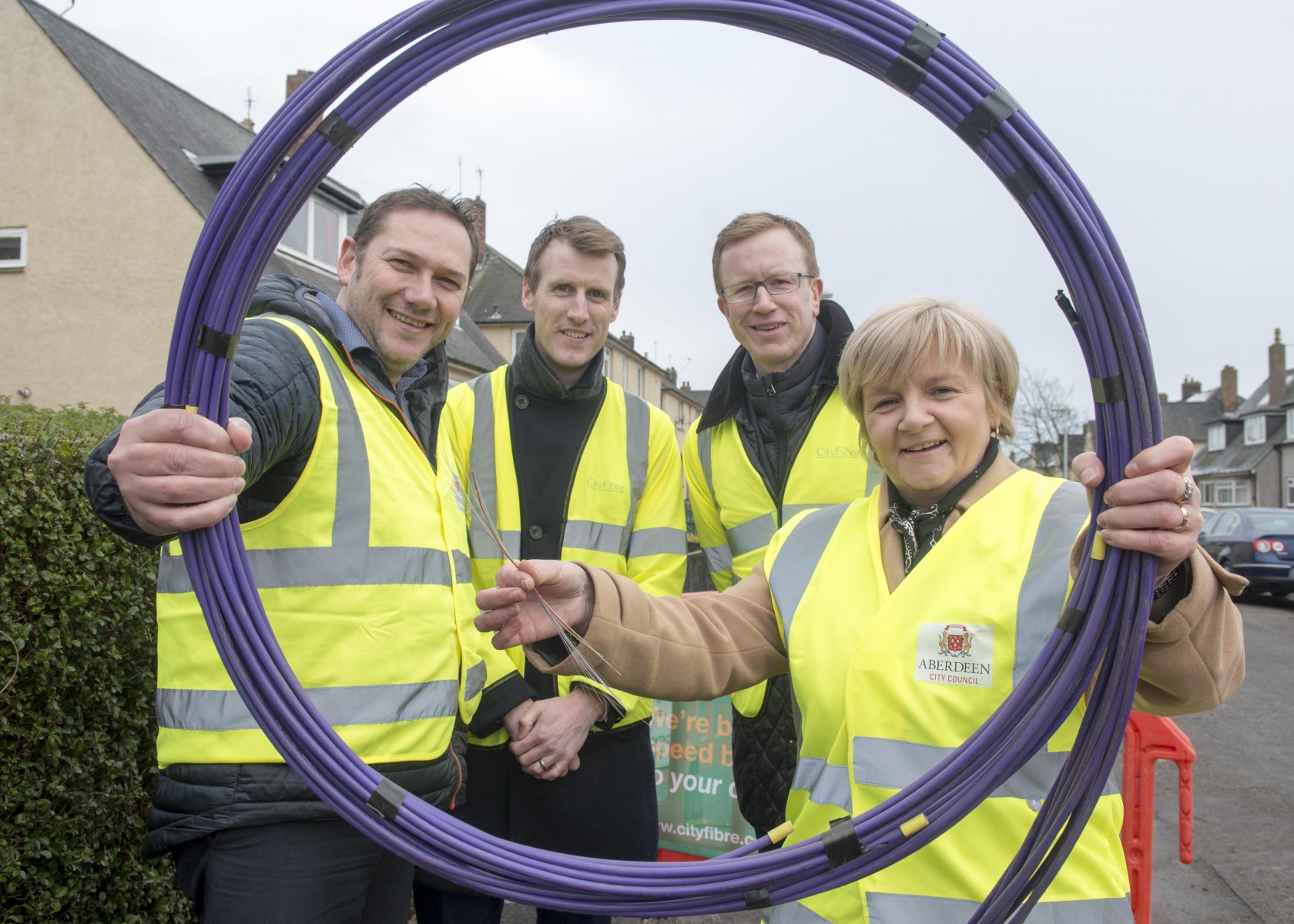