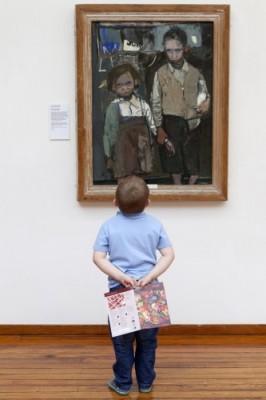 Aberdeen City Council has approved a new 10-year strategy for culture at a meeting of the City Growth and Resources committee today (24 April).

The strategy, titled Culture Aberdeen – A cultural strategy for the city of Aberdeen 2018-2028, has been developed by a network of cultural organisations working across the city.

It lists five key ambitions for Aberdeen over the next 10 years which will challenge and support the city’s cultural sector to develop further:

· Making all the city a stage

· Connecting us to the world

Culture Aberdeen has been developed by a partnership of the city’s cultural organisations with support from Aberdeen City Council. This culture network has also taken the name Culture Aberdeen and will work to deliver the ambitions through agreed action plans delivered by member organisations.

Councillors today agreed Aberdeen City Council’s own action plan to aid delivery of the strategy and it includes co-ordinating the application for a UNESCO Creative City designation, implementing career path and employability opportunities within the culture sector and building on existing links to partner cities such as Calgary, Houston and Stavanger.

Cllr Marie Boulton, Aberdeen City Council culture spokesperson, said: “The Council is pleased to approve this new cultural strategy for the city which has been developed by Aberdeen’s cultural organisations with our support. An enormous amount of work has been put in over the course of three years to bring this strategy and network to fruition.

“The culture sector is hugely important for our city, bringing not only a boost to our economy but to our wellbeing and quality of life. As a Council we recognise the importance in developing long-term strategy to develop key sectors and ensure we can retain and attract talent working in those sectors, and this is why we look forward to working with our partners on delivering the key actions from this bold strategy.”

Council officers will continue working to deliver the action plan which includes key commitments to support skills development and capacity in the culture sector, key projects such as applying for an UNESCO Creative City designation, as well as continuing to invest in high quality work, events and practice.”

Dr Duncan Cockburn, Chair of Culture Aberdeen, said: “Culture Aberdeen, a network of cultural organisations across the city, are delighted to have the City Council’s endorsement of the new cultural strategy for Aberdeen. This new strategy outlines the cultural sectors’ ambitions over the next 10 years. Our cultural sector is strong, with major redevelopments of the Aberdeen Art Gallery and Music Hall almost complete and a number of new festivals having been launched in recent years. The new strategy sees an important and growing role for cultural organisations and creative practitioners in contributing to a sense of civic pride and economic growth.”

There will be a formal launch event for the strategy this summer and the full document can be downloaded as a PDF below. A version is also available in Doric.