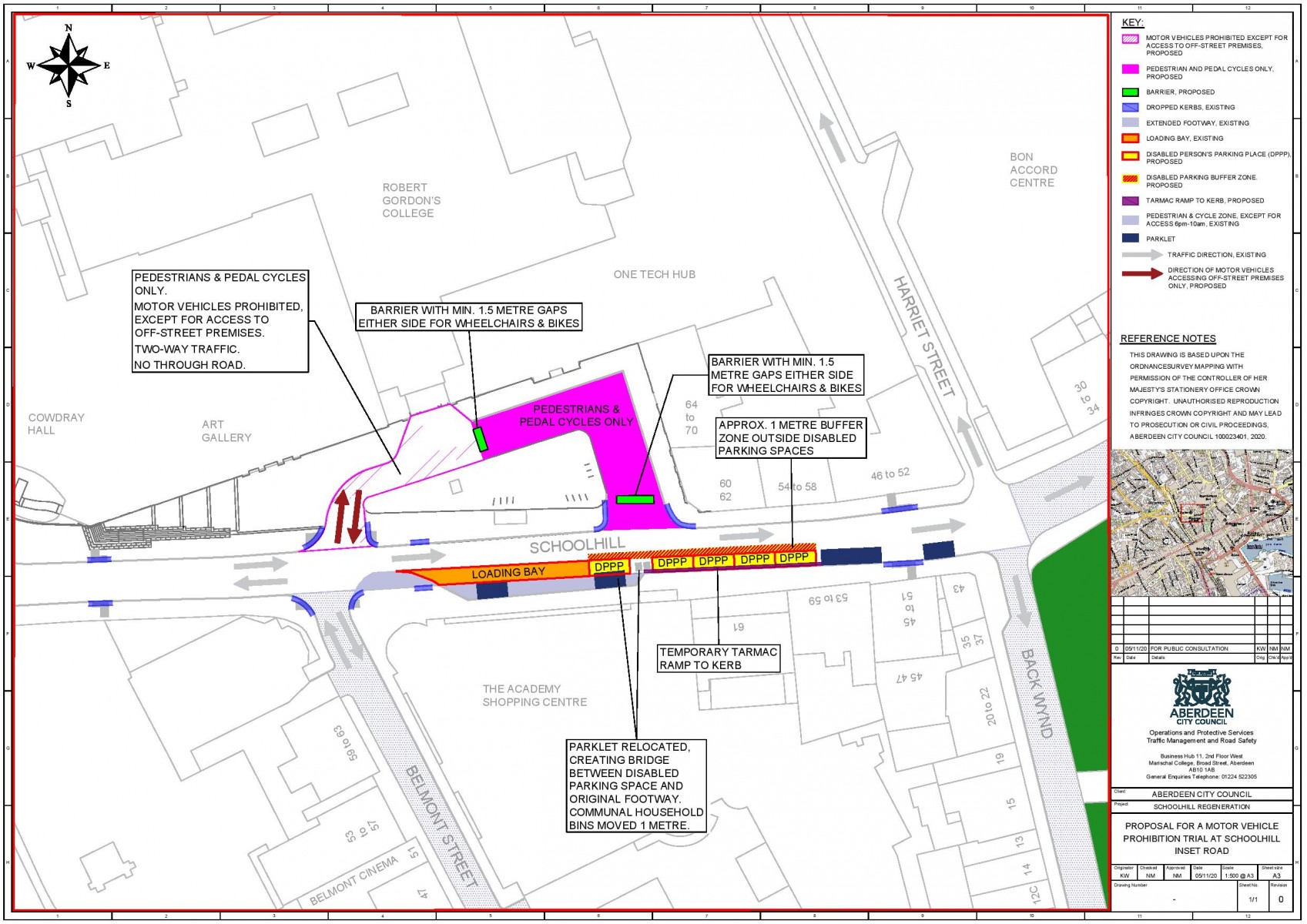 A public consultation has started into potentially changing the access for vehicles at the inset road beside Robert Gordon’s College at Schoolhill which would be accessed only by school parents dropping off or picking up pupils.

As part of the pilot project, the blue badge parking spaces would be moved to alongside the Academy Shopping Centre, which is marginally closer to shops, cafes and restaurants. Access would remain to the College quadrangle.

It is proposed the changes would take start in January for six months with monitoring and a review would then take place. The area experiences a high volume of vehicles and there can be significant tailbacks, particularly when people are using the inset road for school drop-off and collection times along with other vehicles. In addition, the waiting restrictions are often abused at other times of the day – motorists can park or drop and collect people using the nearby multi-storey car parks.

Aberdeen City Council transport spokesperson Councillor Sandra Macdonald said: “Schoolhill is home to an important range of uses including the Aberdeen Art Gallery, the Opportunity North East Business Hub, the Triple Kirks residential redevelopment as well as a daily community of about 2,000 pupils and staff at Robert Gordon’s College.

“It is important that the place functions well for everyone including this broad range of regular users as well as people who visit the area for nearby shops, restaurants, pubs, cafes and the Belmont Cinema.

“I’d encourage people who use the area to take part in the consultation as we’d like a wide a range of views as possible for the proposed pilot project.”

The consultation, which finishes on 10 December, is available to view on the City Council’s website at https://consultation.aberdeencity.gov.uk/operations/schoolhill-pilot-roads-project/.