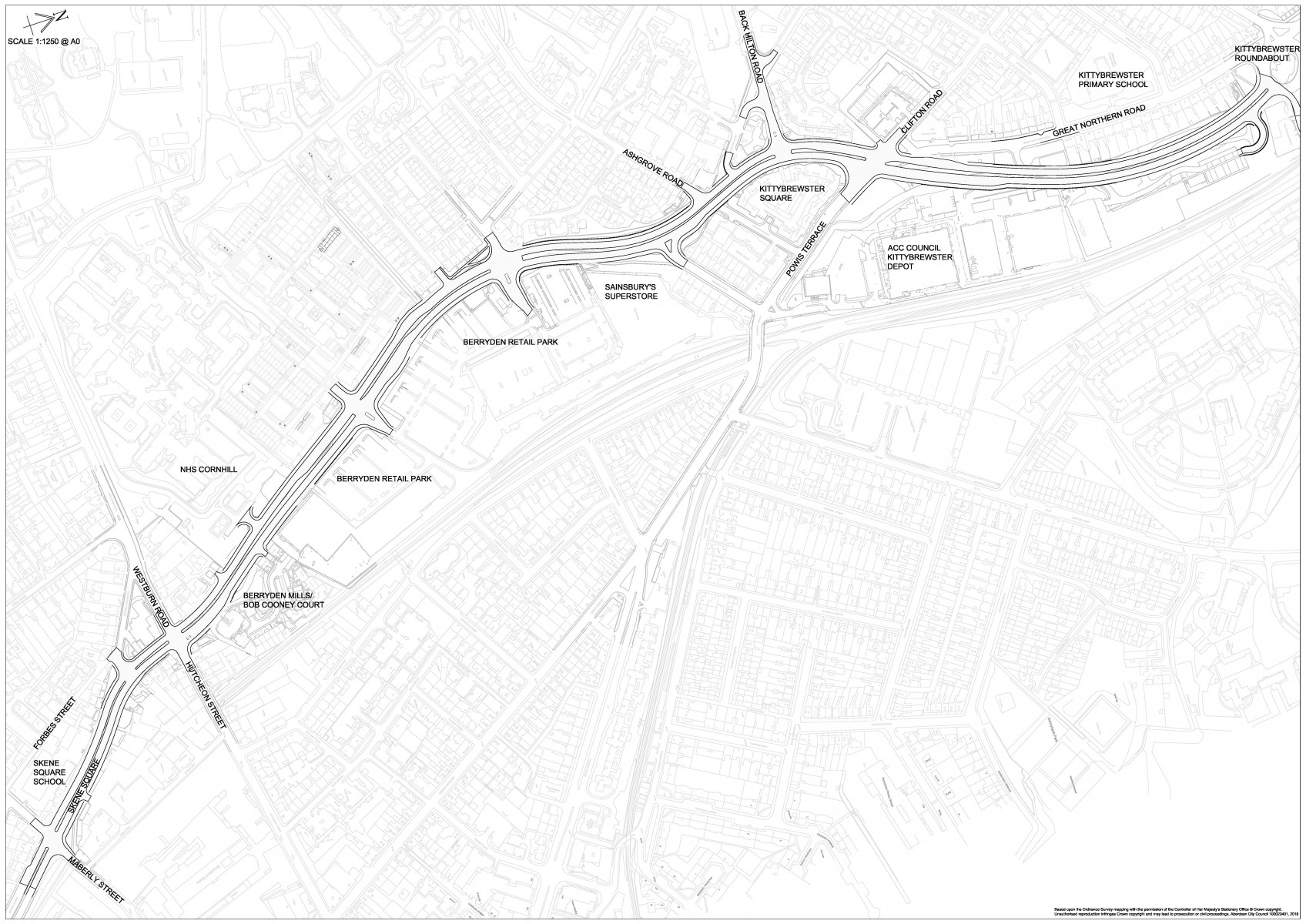 Aberdeen City Council is today informing landowners of a compulsory purchase order for the Berryden Corridor Improvement Project which will work with other major roads projects to help alleviate traffic congestion around the city.

The compulsory purchase order (CPO) aims to acquire the remaining land of about 100 plots required for the scheme, and the City Council already owns or controls about 80% of the land needed for the Corridor.

Last year, ground investigations took place for the new Aberdeen City Council road, which will stretch from the Skene Square roundabout to St Machar/A96 roundabout, and empty eyesore former garage buildings on Powis Terrace which will form part of the route were also demolished in 2017.

Aberdeen City Council Transport and Regeneration spokesman Councillor Ross Grant said: “The Berryden Corridor Improvement Project will be a major upgrade to the roads network in the area and for the whole of Aberdeen, and will benefit motorists, cyclists, and pedestrians locally and from further afield.

“Along with improving our roads network to make it easier for residents and visitors to get around the city, the scheme will also further support wider network policies such realising the benefits of the AWPR B/T, and the City Centre Masterplan.

“The compulsory purchase order is another step in the process of building the road, so it is to be welcomed we are at this stage.”

The CPO would come into effect only if confirmed by the Scottish Ministers.

A copy of the Order and a map of the proposed affected land and properties can be viewed at Central Library, Cornhill Library, and Woodside Library, and online at https://www.aberdeencity.gov.uk/services/roads-transport-and-parking/berryden-corridor-improvement.

Any objections to the Order must be made in writing stating the title of the Order and the grounds of objection and addressed to the Scottish Ministers c/o Transport Scotland, Road Policy Team, Buchanan House, 58 Port Dundas Road, Glasgow, G4 0HF by 21 December 2018.

It is anticipated a planning application for the scheme would be submitted in early 2019.

The Berryden Corridor Improvement project is an important part of the city’s roads network as Berryden Road is currently operating beyond its capacity leading to significant congestion and journey time delays, particularly at peak times. The project will build on the benefits gained from the opening of Diamond Bridge, which has about 12,000 vehicles going over it daily and relieved congestion at the Bridge of the Don and the Haudagain roundabout, further improving connections within the city.

It is one of several major infrastructure projects worth a total of £560million which are leading one of the biggest transformations the city has had – these include the Diamond Bridge, the Airport Link Road, the A96 Park and Ride at Craibstone/Dyce, and the Aberdeen Western Peripheral Route (AWPR/B-T).