Community improvement team you can bank on 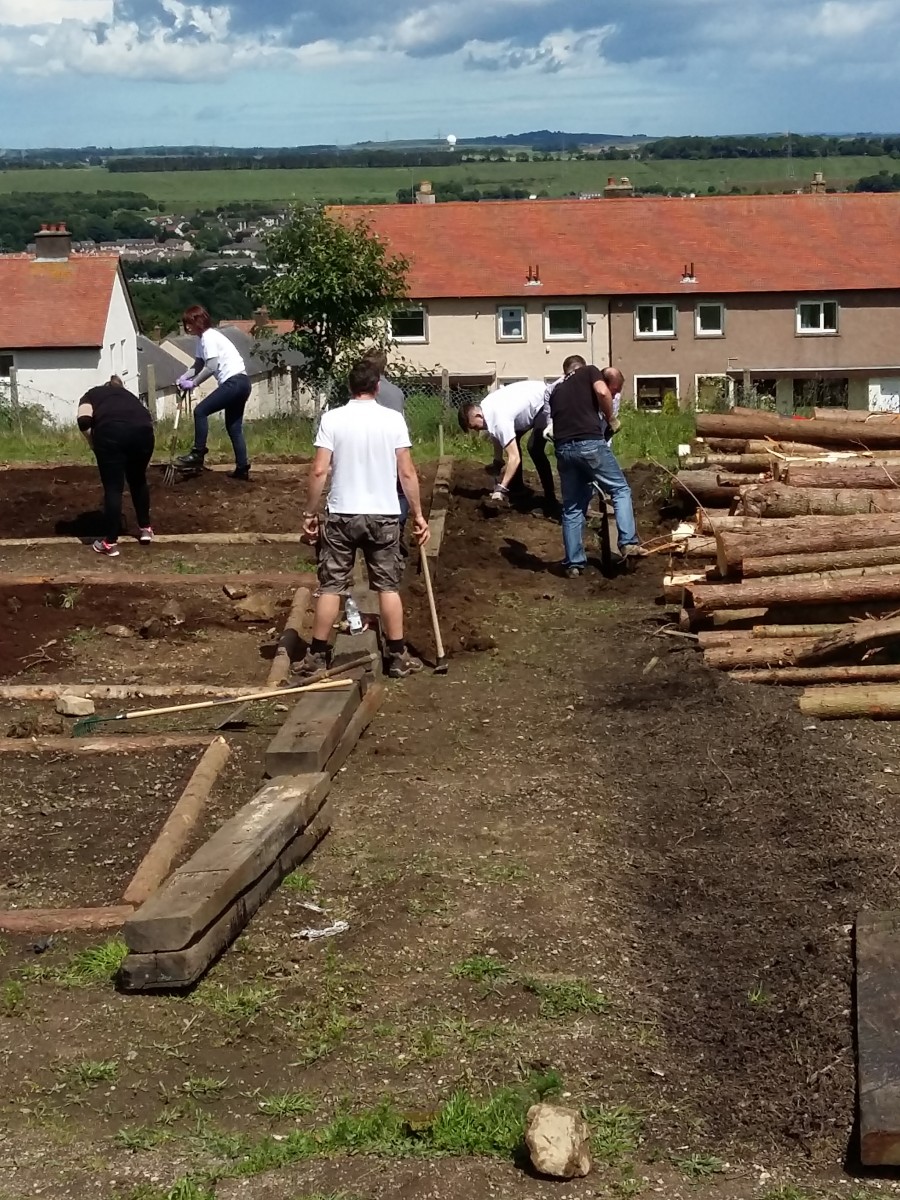 A team from an Aberdeen bank have dramatically improved a community allotment by adding footpaths, marking out allotment spaces, removing vegetation, trimming hedges, and making the area more attractive.

The volunteers came from a broad mix of colleagues from Bank Of Scotland Commercial and Private Banking teams based in Albyn Place, Aberdeen, carried out the heavy work at Cummings Park.

Aberdeen City Council Communities, Housing and Infrastructure convener Councillor Neil Cooney said: “It was a huge amount of work carried out by the team and just shows what a bit of effort and pulling-together can achieve.

“We welcome efforts by groups to make a difference in their local area as it’s the people who live and work there who benefit from the this work.

“I’’m sure the Bank of Scotland’s colleagues’ efforts will be hugely appreciated by the community both now and in years to come.”

“Working together for the good of the community gave everyone a real sense of pride and we were delighted to be able to help in a practical way and support such a worthwhile project. “

The work carried out by the team included:

The work was carried out by the volunteers over a period of three one-day sessions.

Community improvement team you can bank on