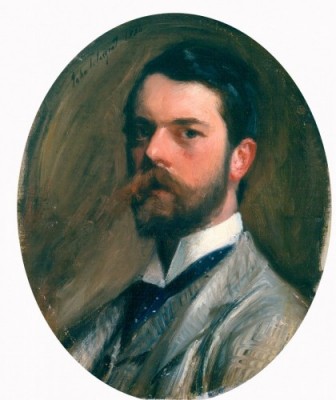 Works of art from Aberdeen’s renowned collection will be exhibited in Sweden, Japan and Spain as part of a programme of international loans.

Councillors on the City Growth and Resources Committee today (June 19) gave their backing to the plans, which continue Aberdeen’s proud history of facilitating the worldwide display of key pieces.

The programme includes the loan of a John Singer Sargent self-portrait to the Nationalmusuem in Stockholm, Sweden. It will form part of the first major monographic exhibition in Scandinavia of Sargent’s work and is also the first temporary exhibition on the re-opening of the Nationalmuseum. Aberdeen will join the Metropolitan Museum of Art in New York, Museum of Fine Arts Boston and the National Gallery in Washington in lending pieces.

Aberdeen will also be represented in the exhibition Parabola of Pre-Raphaelitism at three venues in Japan – the Mitsubishi Ichigokan Museum in Tokyo, Kurume City Art Museum and the Abeno Harukas Art Museum in Osaka.

A piece by Fernand Léger will be displayed at the Institut Valencia d’Art Modern in Spain next year in an exhibition originating at Tate Liverpool and touring to Valencia as a second venue. The work by Léger in the Aberdeen collections is key to the narrative of the exhibition and setting his work in context.

Cllr Maire Boulton, Aberdeen City Council culture spokesperson, said: “We have fantastic collections which are recognised worldwide and we’re delighted to be able to share pieces with international venues who share our passion for showcasing these to as wide an audience as possible.

“The calibre of exhibition will really enhance Aberdeen’s standing on the world stage and is a great way of embracing our focus on internationalisation and strengthening the city’s reputation as a destination in its own right. Our growing cultural offering is a major part of that long-term vision and the collections will be a major draw in the years ahead.

“Loans also build on our existing relationships with museums and galleries across the globe and will support our own ambitions to attract new and exciting pieces in reciprocal arrangements.”

The significance, high value and fragility of the artworks managed for the Council mean that works travelling internationally need to be accompanied by qualified, trained and experienced in-house couriers. Couriers are selected from a rota of the Council’s museums and galleries staff.

All travel and subsistence costs, and loan costs, are borne by the borrowing institutions so there is no financial impact on Aberdeen City Council.