Hundreds of Aberdeen school pupils have been drawing up designs for their ideal shop on Union Street.

Taking inspiration from the Union Street Conservation Area Regeneration Scheme (CARS), the Aberdeen City Council-led project invites young people to imagine the kind of premises what would entice them to visit the city centre.

Experts from The Scott Sutherland School of Architecture and Built Environment and from the Aberdeen Society of Architects have been on hand to share with pupils the principles of good urban design.

As a well as considering the shop frontage and window display, pupils were encouraged to think about security, lighting and even ventilation,

Describing their model, pupil Sandra Caune (below, right) said: “There’s a big blue window on the first floor that we’re going to put planets on so it’s like space.

“It means you would be able to see outside to Union Street too.” 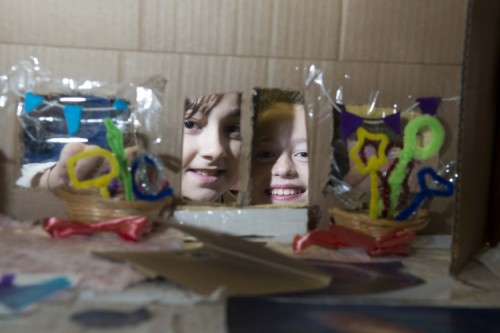 Another group designed an aquarium – “Mish and Fish” – with an image of a gaping-jawed shark on the façade to grab people’s attention.

The “Golden Sport” shop took as its motto “live the sporting life” and featured a free gym on the first floor.

Group member Natasha Raj said: “The architect who visited the school suggested a terrace on the top, which we thought was a nice idea.”

He said: “We have three mascots and pictures of food in the window.”

The project was developed by the Council’s CARS Project Officer, the Aberdeen Urban Studies Trust, and the Aberdeen City Heritage Trust, with support from Historic Environment Scotland and Aberdeen Inspired.

As part of the exercise, schools have been visiting Union Street to learn how the iconic thoroughfare transformed the city 200 years ago.

A selection of drawings and models will go on public display at Aberdeen Arts Centre from December 4-9.

“Union Street has provided a spectacular canvas for the imagination and the project will offer an insight into how young people would like to see the city centre evolving.

“Thanks to a partnership approach, the project has also given children a real sense of the city’s architectural heritage and how the built environment impacts on daily lives.”

A recent award was made for shop front refurbishment, part of conversion work to bring an empty unit back into use as a restaurant.

Councillor Marie Boulton, the Council’s spokesperson for the City Centre Masterplan, said: “Through the Masterplan the city is everyone’s to shape and that very much includes our young people.

“Their ideas and unbridled enthusiasm give us a sense of what’s possible for Union Street, which remains loved by people of all ages.

“What’s equally exciting is that CARS is providing the means to help make real and lasting improvements to the city’s heart.” 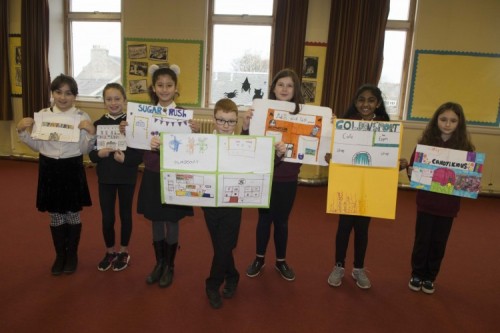