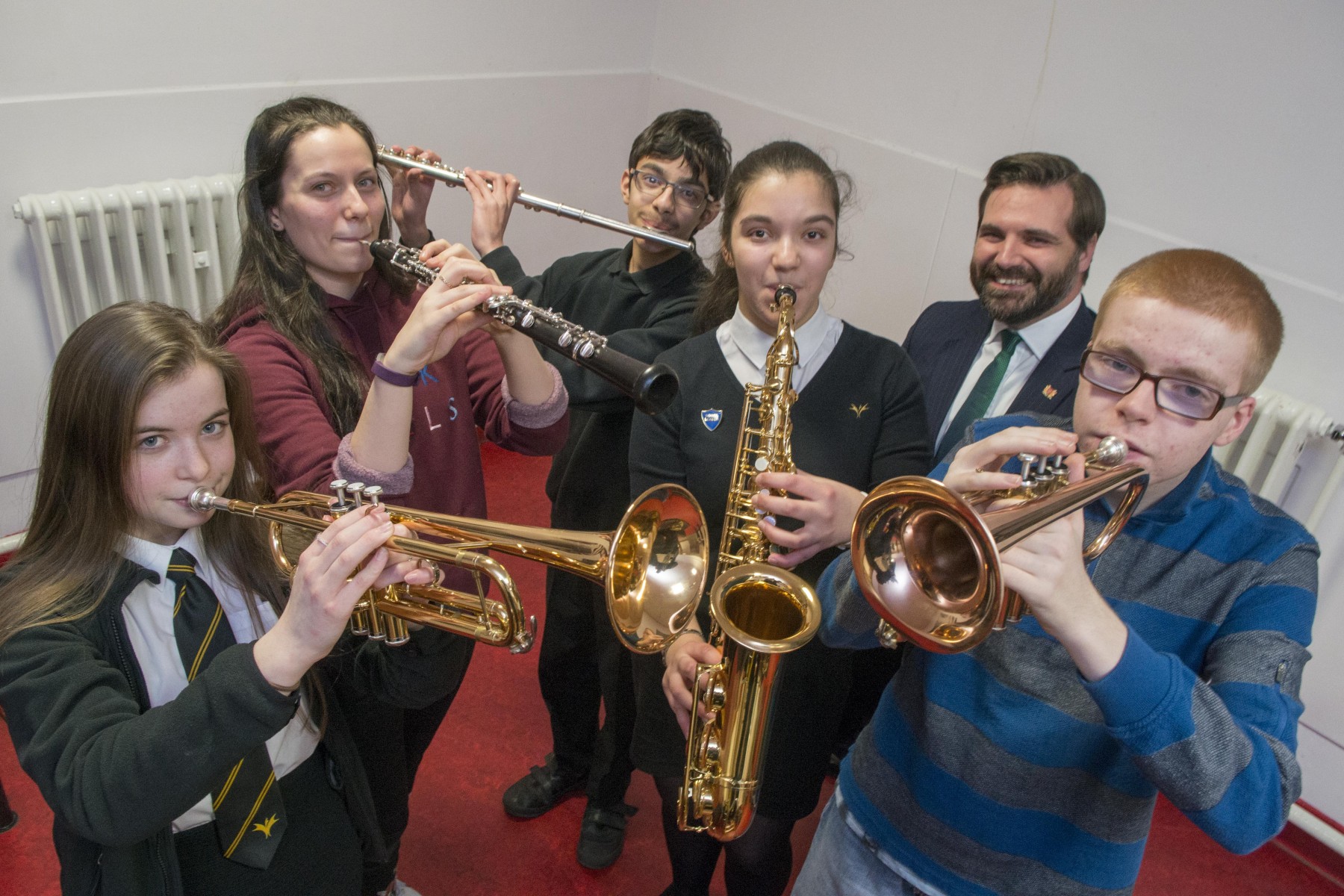 Five Aberdeen pupils who receive music lessons from the city’s Music Service have been rewarded for their talent by being selected to join prestigious national orchestras it was announced today (Thursday 24 January).

The five pupils who attend for lessons at the Music Centre in Northfield Academy are saxophonist Emily Manson (16 years old), trumpeter Julia Marshal (15) flautist Scott Manson (14) and oboist Ailsa Smith (16) who all attend Bucksburn Academy along with Dyce Academy pupil, and Bradley Thompson (15) who also plays the trumpet.

Emily has earned a place in the National Youth Jazz Orchestra of Scotland and will undertake a residential course before touring Scotland.

Scott will be attending a residential course in the summer with the National Youth Orchestra of Scotland’s Junior Orchestra and playing concert performances while Ailsa will be joining the Grampian Youth Orchestra this year and has also been invited to join the orchestra’s tour of Germany in 2020.

Julia and Bradley have been selected for the Royal Scottish National Orchestra Takeover Scheme which will see them gain invaluable work experience with the orchestra in June.

Councillor John Wheeler, Education Operational Delivery Convener, said: “Only last month we were celebrating the success of the city’s Music School pupils in joining the Royal Conservatoire of Scotland and this is another huge feather in the cap for music education in the city.

“Congratulations to Emma, Aisla, Julia, Scott and Bradley on their achievements and also to the Music Service for helping develop their talents.”