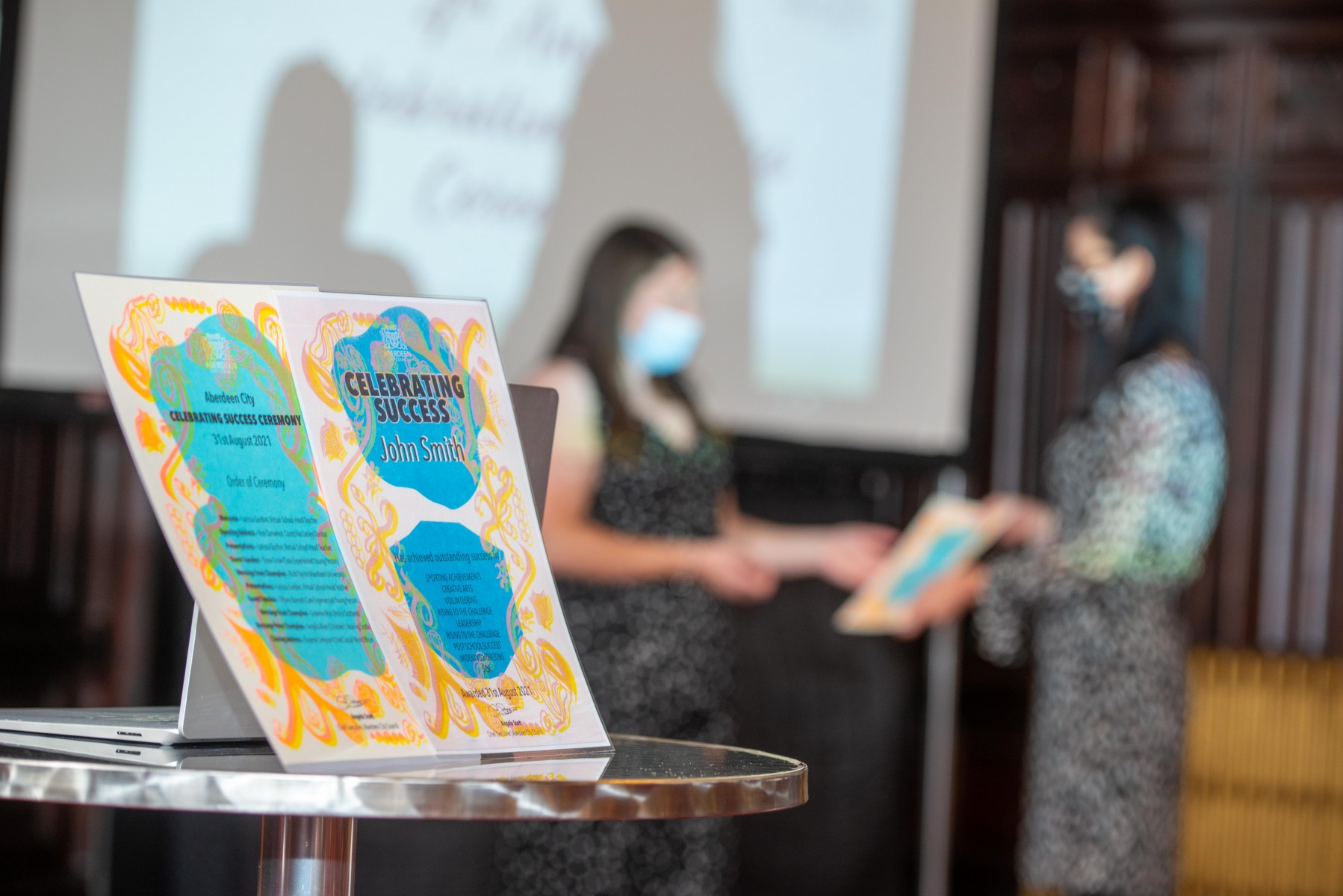 The success of Aberdeen’s Care Experienced Young People was celebrated at a special ceremony in the Town House yesterday (Tuesday 31 August).

The event was the fourth annual Celebrating Success ceremony, held on behalf of the Aberdeen City Integrated Children’s Partnership and the city’s Champion’s Board, to recognise and celebrate the achievements of local Care Experienced young people.

In previous years, the event celebrated the achievements of those young people in secondary school years S4, S5 and S6 only. Feedback from young people, parents and carers who attended previous celebrations was so positive it was decided that this year, the event would also recognise those who had successfully completed their Broad General Education in S3, those in further and higher education, those in employment and those who are continuing to build their skills for life.

The event was live streamed to enable young people cared for by Aberdeen City but who are being educated and live in another local authority to be part of the celebrations.

Councillor Lesley Dunbar, Vice-Chairperson, Integration Joint Board said: “Our Celebrating Success event is always a highlight of the year. This past year, despite the backdrop of the pandemic, our Care Experienced Young People have achieved so much.

“With our dedicated Integrated Children’s team and partners working together we all play a part supporting our Care Experienced Young People to reach their potential.”

“As lead corporate parent, it is my role to help ensure that the council, collectively, takes on the responsibility for providing the best possible outcomes for, and safeguarding of, the children and young people who come into our care.

“Our Integrated Children’s team plays a vital role in making sure that these responsibilities are achieved, and I would like to express my gratitude to the team for their outstanding efforts especially during these challenging times.”

A Care Experienced Young Person at the event said: “Being at the Celebrating Success ceremony and talking to people has given me the opportunity to get involved in helping other care experienced young people.”

Another Care Experienced Young Person added: “It made me feel worthwhile and it was good to hear what I had achieved and for others to hear it.”

A foster carer said: “This was great to be part of and I am so proud. We all tell them how great they are, but they don’t always listen to us or school. Being at the Celebrating Success ceremony in such a special place and being told how proud everyone is was just lovely.”

A grandmother added: “I was so emotional hearing what she has achieved. I think this was a great event to have as she felt she belonged, hearing what others had done.”

The event was arranged through Aberdeen’s Virtual School – the first of its kind in Scotland when it was launched in December 2015 – which was set up to support the educational achievement of the city’s children regardless of where they live and are educated.