More than 15,000 people watched a colourful carnival parade today as Aberdeen's Christmas lights were switched on in Union Street.

The popular annual events attract people to the city centre from around Aberdeen and further afield, and added to the festive feel.

The Christmas Lights Switch-On Parade on Union Street included people dressed in costumes depicting the 12 Days of Christmas ranging from a partridge in a pear tree to 12 drummers drumming.

Community groups ranging from schools to drama students took part in the annual event which started at 5.30pm.

The parade is a mixture of people walking and floats, and also includes a nativity float from the regional ecumenical team. Santas on scooters will be leading the parade, followed by Grampian District Pipe Band, Aberdeen Lord Provost George Adam and representatives from the Instant Neighbour Trust in a vintage open-topped car.

Aberdeen Lord Provost George Adam said: "It is always a great event, but this year, it has been even bigger than ever, with the whole of Union Terrace transformed into the Christmas village and the tree taking pride of place at the Castlegate."

The festive lights strung up across Union Street were lit up as the Parade went down the road, with lights also lit up at the Music Hall and Jamieson & Carry at the same time a confetti cannon was ignited

The Christmas Lights Switch-On Parade is one of 11 events being held as part of the city's Winter Festival which is the biggest-ever event of its kind the city has had - more major events were asked for by residents and businesses during the consultations for the Masterplan.

Her spell-binding role of the Magical Mermaid gave Elaine the chance to dazzle once again with a multitude of other – sometimes unexpected – characters.

Elaine, Alan and Jordan shared the stage with Scott Fletcher as Peter Pan, John Jack as Captain Hook, Maggie Lynne as Wendy, Lisa Lynch as Tinkerbell and Gillian Parkhouse as Tiger Lily, as well as local lads Logan Reid (10), Henry Ronaldson (12), Aedan Dufton (8) and Christopher Tawse (7) who are sharing the roles of Michael and John Darling,

The show is being staged by the same team behind the theatre's last eight Box Office-busting pantomimes, with lavish sets, fabulous costumes, and an abundance of comedy. 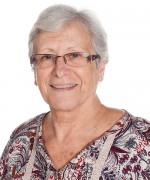 "The start of panto is one of the happiest weekends of the year for us at His Majesty's and this weekend was no exception. We had great audiences for our first three performances, giving our cast a rousing welcome and filling the theatre with happy laughter. We are very proud that every year more and more people come to see the HMT show and delighted that one of the top panto teams in the country calls our theatre their home for the Christmas season!"