The biggest-ever Winter Festival was launched in Aberdeen today with plans to create a winter wonderland in the heart of the city in the form of a Christmas Village with an open-air ice rink and festive fairground rides.

Aberdeen City Council is introducing a new and expanded festival after more major events were asked for by residents and the business community during the consultations for the Masterplan. 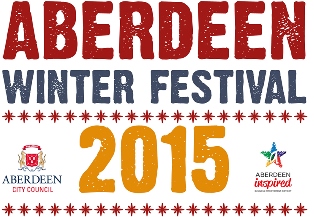 The Christmas Village, which has been spearheaded by business organisation Aberdeen Inspired, is set to feature a winter-themed village along Union Terrace which will include an ice rink, an entertainment marquee, German market stalls and several fairground rides.

The skating arena, which was located in Union Terrace Gardens last year and the Castlegate in 2013, will take pride of place at the grassed area in front of His Majesty's Theatre. It will be transformed into a winter wonderland for the festival and then returned to its original form at the start of the year.

Aberdeen City Council Leader Councillor Jenny Laing said: "We have a very exciting programme of events and the Christmas Village is a fantastic new addition to this season's line-up.

"The Winter Festival has got bigger and better this year and we listened to what people said they wanted during the Masterplan consultations  more big events which help create a fantastic buzz about the city.

"There will be something for people of all ages looking to have a bit of festive fun and we look forward to welcoming people from the city, the wider area, and from abroad to our beautiful city."

The Winter Festival will have family favourites including the Christmas Tree Switch On, the Trinity Centre Reindeer Parade, the Christmas Lights Switch On, the Nativity Scene, and the Carol Concert. There are also a 5 November Fireworks Display and Hogmanay Celebrations planned. There will be further announcements in the weeks ahead, all of which will add to the magic of Christmas in Aberdeen. 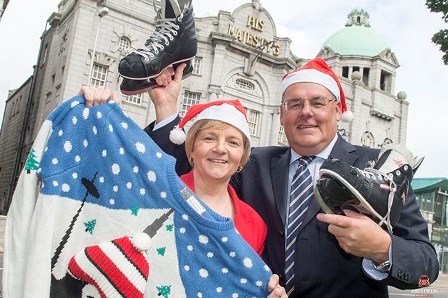 Aberdeen Inspired Chief Executive Gary Craig said the festive plans are aimed to help it meet its goal of encouraging people into the city centre.

Mr Craig said: "We want to get people excited about being in the city at such a special time of the year and build on the attractions we have put on in previous years. Aberdeen Inspired strives to continue to increase footfall within the BID zone and our winter campaign is devised to achieve that.

"We were very keen to make this Christmas special and what we have created will be new and very different for Aberdeen - from the perspective of our levy players, the months leading up to Christmas are among the most important of the year and we want to support them in maximising the potential of this time.

"Working in partnership with Aberdeen City Council and businesses in the area will be integral to ensuring the success of the Christmas Village and Aberdeen Inspired is committed to being at the centre of that."

The ice rink and neighbouring activities, which will be provided and staffed by and amusement specialist Codona's, will be present within Union Terrace from the end of November to early January.

Alfred Codona, a director of Aberdeen-based family amusement firm Codona's, said: "We're delighted to be playing our part in making Christmas magical for those visiting the city centre this year, the festive village promises to be a fantastic attraction.

"We have carefully chosen the rides which will be at the heart of the fun and we really believe there is something for everyone. Union Terrace is a great location from our perspective and we're confident the fresh twist on Christmas, including an outdoor ice rink, will bring visitors from near and far.

"Everyone at Codona's takes pride in making Aberdeen a fun and vibrant city for residents and visitors and the Christmas Village is a great way of taking that from our usual home at the beach to the heart of the city."

Aberdeen's business and arts community has also voiced its support for the new and expanded Winter Festival plans, highlighting the benefits the exciting programme will bring to all with an interest in a thriving city centre.

Robert Garnish, head of branch at John Lewis in Aberdeen, said: "The Winter Festival is exactly the type of event which Aberdeen needs to drive increased footfall and dwell time in the city centre. I hope that, like John Lewis, other businesses will support the festival and that when it opens, locals and visitors to the city will come along and take advantage of all that it has to offer."

Linda Stewart, general manager of the Trinity Shopping Centre, said:"We are delighted that the Trinity Centre's annual Santa and Reindeer Parade is to kick off the Aberdeen Winter Festival programme 2015. The parade has been a popular annual event over two decades attracting over 30,000 people into the City.

"This year's calendar of events will be bigger and better than ever before with the introduction of a four week Christmas village. The enthusiasm and dedication that Gary Craig CEO, Aberdeen Inspired has shown during his term in office has been inspiring, his ingenuity and team work along with Aberdeen City Council to provide Aberdeen with a Magical Festive event will create a Christmas sparkle in the city."

Aberdeen Performing Arts chief executive Jane Spiers said: "We are delighted to be part of the city's winter celebrations. We have a bigger than ever Christmas box of delights across all three of our venues, His Majesty's Theatre, The Music Hall and The Lemon Tree.

"Apart from our own record-breaking panto at HMT  this year it's Peter Pan  we have a wonderful new children's show called A Ladder to the Stars for youngsters and their families at The Lemon Tree and at the Music Hall a huge variety of festive offerings from Phil Cunningham's Christmas Concert and our winter ceilidhs, to the RSNO's hugely popular Snowman, Aberdeen Choral Society's unmissable Messiah and Irving Berlin's classic White Christmas."