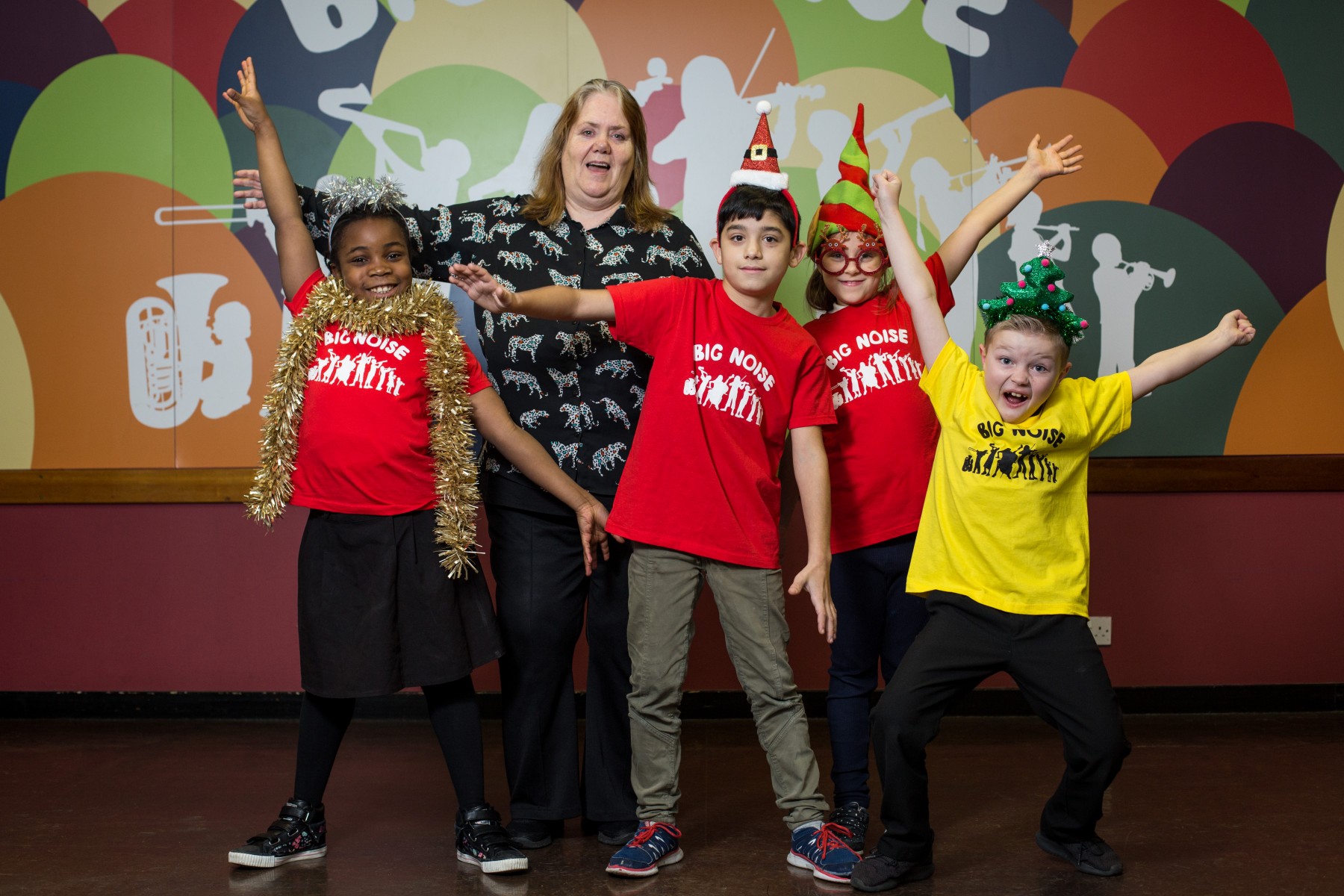 Councillor Dunbar who is Vice Convener of Education and Children’s Services, introduced the concert by the pupils comprising the Big Noise Torry Orchestra. She said: “It’s very exciting to be here and listen to the Big Noise Torry Orchestra perform at this special time of year. We are so proud of our investment in our young people that is transforming not only of the pupils’ lives but also having a positive impact on the entire community.

“The enthusiasm and talent shown by the children this afternoon lifts the spirits and really gets the festive season off to a great start.”

Now in its third year Big Noise is a pioneering social change programme that is helping to enhance the lives of children in Torry through music. Big Noise began in 2015 and receives investment from Aberdeen City Council of up to 75% of programme costs. .

Big Noise, which is delivered by the charity Sistema Scotland, uses the orchestra as a model for learning. This gives children an invaluable range of life skills and experiences, including confidence, teamwork, resilience and aspirations. This enables them to reach their full potential and lead successful and fulfilled lives.

Big Noise currently works with more than 500 children from birth to 9 years in Torry providing free, immersive, instrumental music tuition, as well as an orchestra programme, to pupils and pre-school children in Torry’s Walker Road and Tullos Primaries, during and after school.

Laura Horn Team Leader at Big Noise Torry, said: "The children have been working really hard and were so excited to be performing for their friends and families in our magical Christmas concerts.

"Sistema Scotland and Big Noise Torry would like to thank all our wonderful funders and donors, many of whom were represented at the concerts, including our local partner Aberdeen City Council, The Scottish Government, players of People’s Postcode Lottery and many businesses, trusts, foundations and individuals for their support.

“Each and every commitment of support is invaluable and enables us to continue delivering Big Noise Torry to these amazing children, helping to transform lives through music"

Aberdeen City Council earlier this year endorsed an independent evaluation report by the Glasgow Centre for Population Health which revealed that Big Noise Torry has enhanced participants’ ability to learn in school, as well as improving emotional wellbeing.