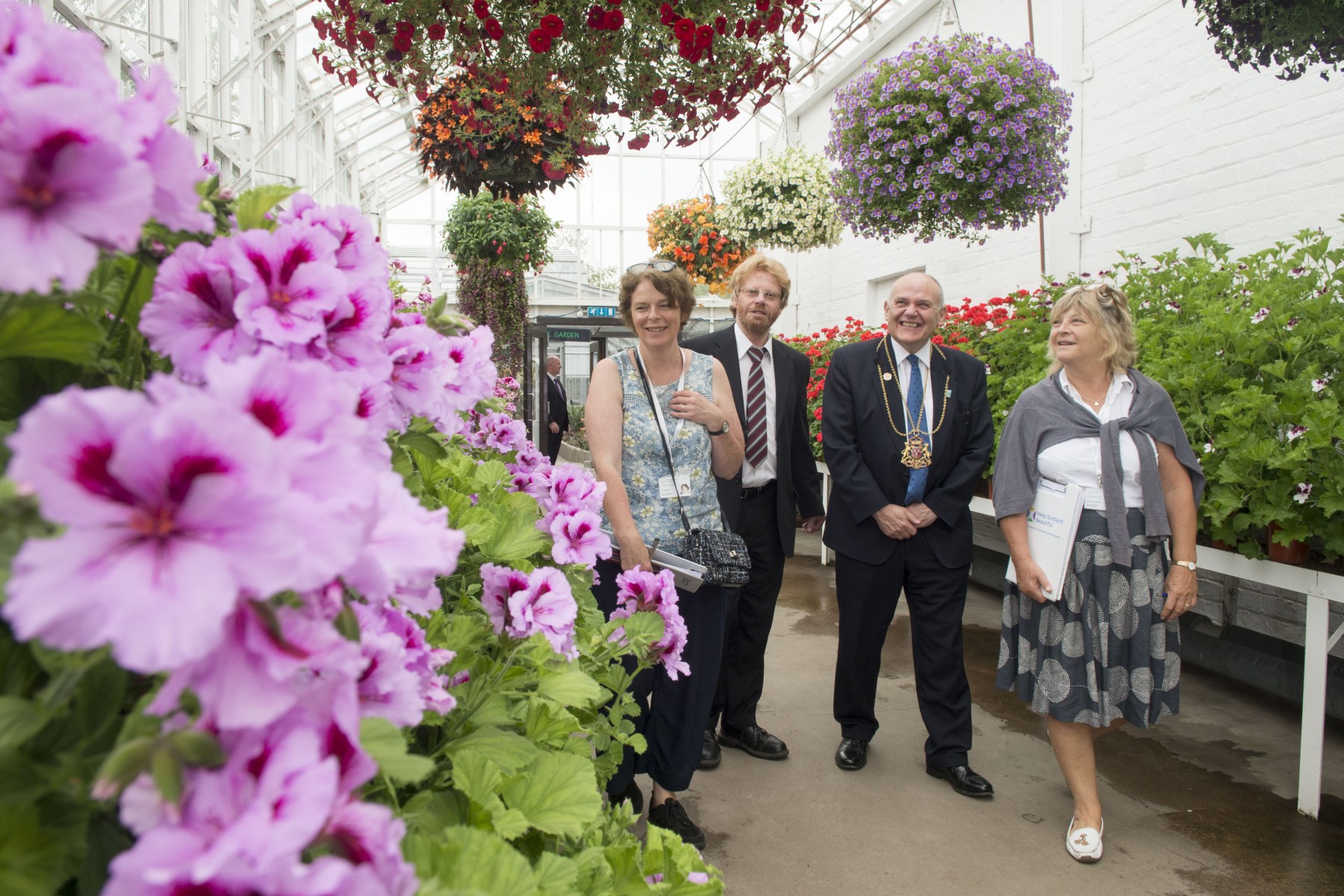 Two judges from the prestigious Beautiful Scotland competition were in Aberdeen today to decide if it wins in the ‘city’ category.

Liz Stewart and Lorraine Turnbull were visiting all around the city including parks, schools and community areas after starting at the David Welsh Winter Gardens in Duthie Park.

The Beautiful Scotland competition theme for this year was ‘Intergenerational working – all ages working together’.

The Lord Provost of Aberdeen Barney Crockett said: “I hope the judges have enjoyed meeting some of the people who are involved in making our city look green and beautiful.

“The community groups and City Council staff have done a wonderful job of ensuring our parks and green spaces are at their best and contributing towards our beautiful city, so it’s fantastic so many of them have met the judges today.”

Last year, the city’s entrant which is entitled Aberdeen Communities Together was one of five groups representing Scotland in the RHS Britain in Bloom UK finals. The group was presented with a gold medal certificate and also won the city category. The group was also winners of the Growing Communities Discretionary Award.

In 2019, Aberdeen’s entry is dedicated to the memory of Alan Gray, who was an assistant operation manager with the City Council and one of the driving force’s behind the city’s multi-award-winning parks and gardens, and who died last month. Alan was a judge for Beautiful Scotland and Britain in Bloom.

The city is competing against Dundee in the city category. The results of this year's competition categories will be announced at the Beautiful Scotland awards ceremony in Dumfries on 12 September.