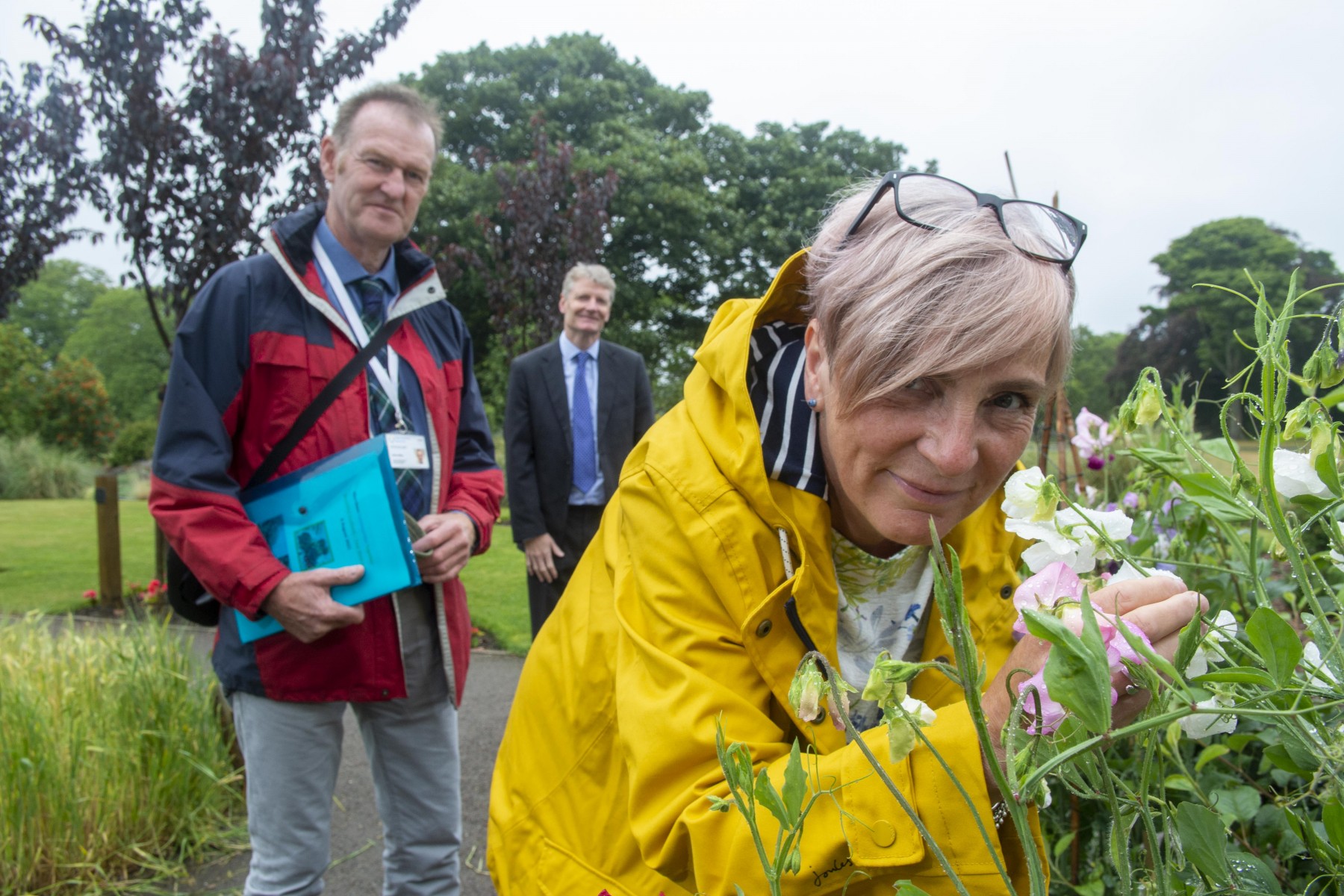 Judges from the prestigious Beautiful Scotland competition were in Aberdeen today (Friday 6 August) having a ‘blooming’ good tour around some of the city’s parks and green spaces.

The visit was started by judges Alison Anderson and Adrian Miles at the community garden at the Duthie Park Ranger Station.

The route has been shortened from normal due to restrictions on the amount of people allowed to meet when the itineraries were agreed with all the entrants. The judges are only allowed to meet 12 people on the tour including them and two guides, however due to not wishing to miss anything or anybody out, video footage from the community groups, the Lord Provost and the Council Leader will be shown to them.

These have been edited into one short video near the start of the tour and one larger video in the middle of the tour, finishing the tour at the spectacular viewing point at Cathedral Walk in Seaton Park.

Beautiful Scotland is a long-established community environmental improvement programme which is run in partnership with the Royal Horticultural Society (RHS) under the Britain in Bloom campaign.

Beautiful Scotland supports groups across Scotland as they seek to improve and enhance their local environment. In many cases, one group leads the entry, working in partnership with a wide range of other groups, organisations and the local authority. Beautiful Scotland is based on horticultural achievement, environmental responsibility, and community involvement.

The Lord Provost of Aberdeen Barney Crockett said: “It’s been wonderful to welcome the judges to Aberdeen and I hope they’ve enjoyed the virtual meeting of some of the people who are involved in making our city look green and beautiful.

“We have a fantastic track record in both the Beautiful Scotland and Britain in Bloom awards over the decades and in recent years, we’ve won gold, the city category, and reached the finals of the Champion of Champions last year.

“The community groups and City Council staff have done a wonderful job of ensuring our parks and green spaces are at their best even with the warm and dry summer we’ve had and particularly with the difficulties due to coronavirus.”

This year, there is no overall Beautiful Scotland winner or category awards but instead a focus on medal levels (gold, silver-gilt, silver and bronze) with a greater emphasis on discretionary awards.