Alex is acclaimed as our Unsung Hero 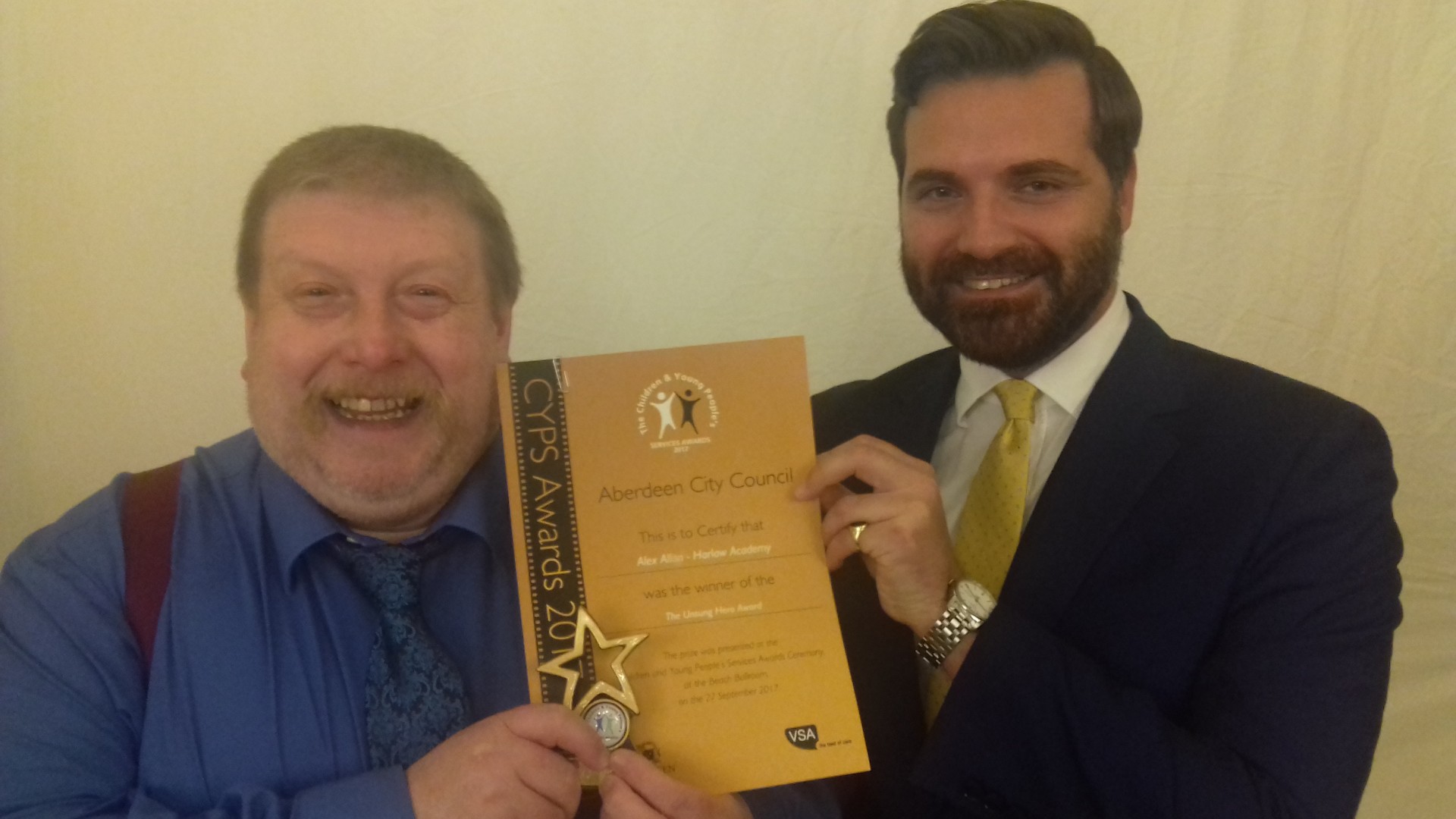 In only the second time in the awards’ history, the public voted for the nominees and Alex was announced as the winner at last night’s big occasion at the Beach Ballroom.

Alex was nominated for the award Tom Whyte, Faculty Head of Wider Achievement at Harlaw Academy, for his two decades of contribution to the wider life of the school and his thousands of hours of volunteer and charity fundraising work which has raised thousands of pounds over the years.

Over the last two years, and completely in his own time, Alex has created and led Harlaw Studios which trains pupils in green screen technology and filming techniques, enabling them to produce numerous films.

Aberdeen City Council’s Convener of Education and Children’s Services, Councillor John Wheeler (pictured right) said: “I understand that it was a neck and neck between all our nominees in the vote this year which goes to show the high regard in which all of our unsung heroes are held.

“For Alex to emerge as the eventual winner from such a strong shortlist is great recognition for his decades of unstinting, selfless service. Congratulations to him and all our other winners and nominees tonight.”

The Lord Provost of Aberdeen Barney Crockett said: “It was an absolute pleasure to attend this annual awards ceremony which recognises and celebrates the outstanding accomplishments of Aberdeen City Council’s services for children and young people. It was great to meet the children and young people who also received awards in recognition of their own successes. Many congratulations to the winners and to everyone involved in making it such a special night.”

Gayle Gorman, Director of Education and Children’s Services, said: “The Children and Young People’s Services Awards are one of the highlights in the Council’s calendar and this year was no exception.

“All of our winners and nominees have made huge contributions to their schools and communities and it’s fantastic to be able to show our appreciation in this way for all their efforts.”

Alex is acclaimed as our Unsung Hero