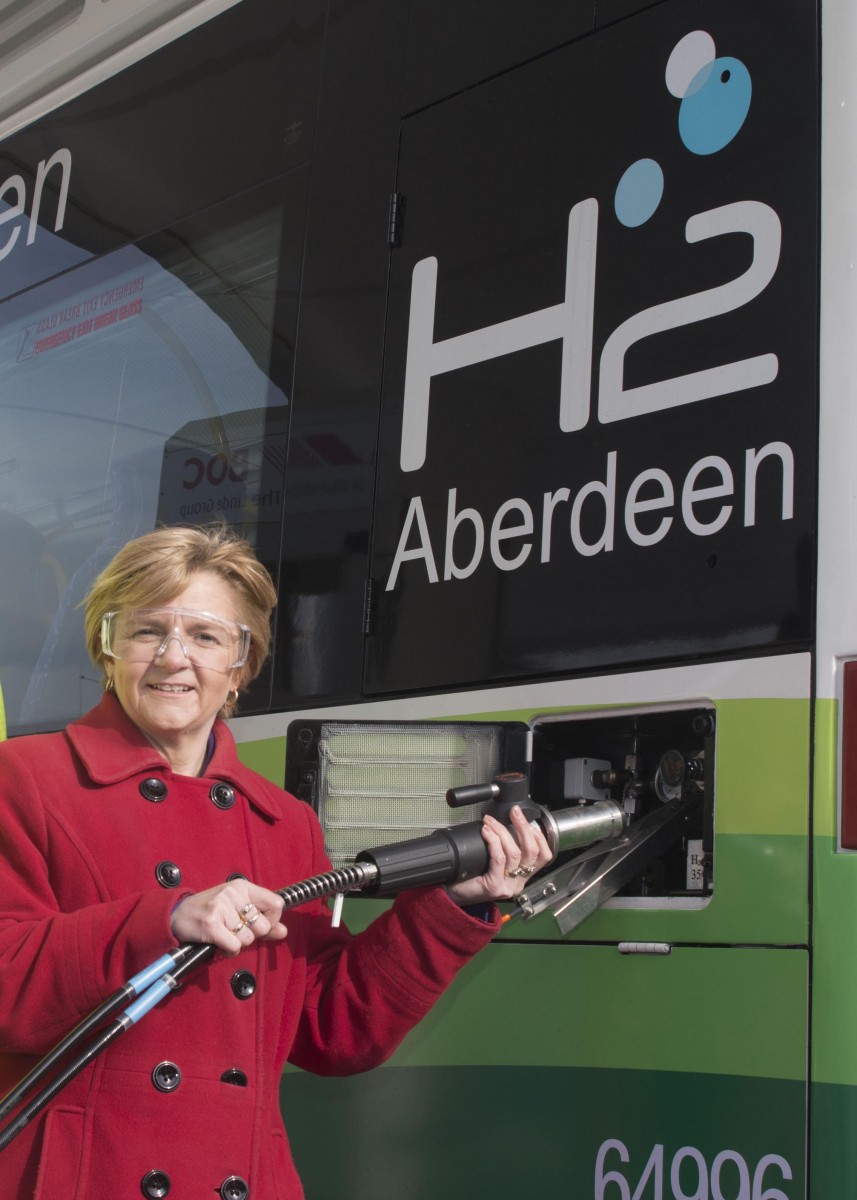 Aberdeen City Council’s role in a pioneering green transport initiative has been recognised by industry specialists.

Council leader Councillor Jenny Laing has been named on the Green Fleet 100 Most Influential list, joining representatives from the automotive world - including the CEOs of BMW, Volkswagen and Mercedes-Benz UK – as well as from the UK Government and other public sector organisations. Chancellor Philip Hammond tops the list.

The award winning Aberdeen Hydrogen Bus Project, a £21 million showcase which has brought together funders and partners from the public and private sectors, has delivered Europe’s largest fleet of hydrogen fuel cell buses as well as a maintenance facility and hydrogen production and refuelling station in the city.

It has been delivered as part of Aberdeen City Council’s efforts to create a hydrogen economy and is designed to test technologies and encourage the development and wider deployment of H2 vehicles.

Together with the Powering Aberdeen sustainable energy action plan, it is part of a commitment to reducing emissions and utilising alternative sources of energy.

Cllr Laing, who was named 79th on the national list of influencers, said: “Our ambition is for a smarter city and that approach touches all areas, particularly transport.

“The hydrogen project has received a number of awards and we are pleased to have been recognised by Green Fleet, a respected industry publication.

“Our commitment extends beyond the bus initiative, with hydrogen cars also part of the Aberdeen City Council fleet, and there are great benefits now and in the long term. The expertise and knowledge that has been gained will stand the city in good stead moving forward as we continue to innovate in transport.”