Aberdeen’s adoption stories: The best thing we have ever done 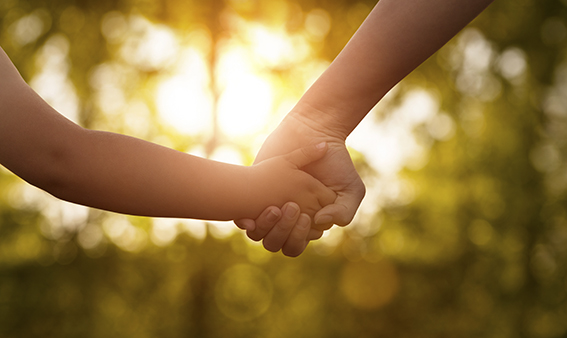 As part of the national focus on Adoption Week, Aberdeen adoptive parents have shared their life-changing experiences.

Every day Aberdeen City Council’s adoption service works with inspirational people who are prepared to make a lifelong commitment to children who need the love, care, stability and security of a family.

Two events to coincide with national Adoption Week are being held in Aberdeen. An Adoption UK Roadshow at Central Library on Monday, 20 November, will be followed by a special screening of the film And Violet at the Beach Ballroom on Thursday, 23 November.

The moving account below is a first-hand experience of an Aberdeen resident who has faced the challenges and embraced the rewards of adoption.

The best thing we have ever done:

"Our daughter first came to live with us four years ago. She was four and had been with her foster carers for two and a half years. She was lucky to have had amazing foster carers who had done a wonderful job with her and she was in a good routine. We spent time with the foster carers getting to know these routines and stuck to them when she moved to us and so the transition was relatively easy for both our daughter and us.

“We can recall, however, the first three months being a bit of a blur - we were as prepared as could be.... but nobody had prepared us for having to hit the ground running when she arrived. Gone were the lazy evenings on the sofa - now we had bath times and bedtime routines.

“Nobody could have prepared us for what a four-year-old was really like. Just the simple things - lying in bed the morning after she arrived and worrying that she had been sleeping for 11 hours. Was this normal? And milk ....could she drink semi-skimmed or would it have to be full fat? Thank goodness we had people we could ask. Silly little things but these were the things we didn't know. But soon we had all settled in to our new lives and we never looked back.

“The four years have gone in a flash. We've watched her grow into a delightful young girl who is happy, loving, friendly and kind and brings us so much happiness and joy. Not only to us but to our extended family. It’s like she's always been in our lives. She’s now eight - going on 18!.

“Our daughter knows her life story and in fact we still keep in touch with her foster carers and meet up at least a couple of times a year. They were a huge part of her life and indeed she was a huge part of theirs. It’s interesting to see how her attachments from them have fully transferred over to us and actually this happened over quite a short period of time. The anxiety that we had about her meeting with them has all gone now and when they meet, it's like she's meeting old friends she hasn't seen in a while.

“On top of this, she also has a half-brother who she has contact with. The plan is that they should meet up four times a year. We actually try and meet up with him as much as we can as we believe it’s important for her to maintain a relationship with him. The contact is always a joy to see, it’s so heart-warming to watch them greet each other and interact.

“We've never regretted our decision to adopt. Our life feels complete with her in our lives. We spend most of our time now no longer relaxing on the sofa, but taking her to the various activities that she's involved in. None of it is a chore or a thought. We love doing it.

“Without a doubt, adopting our daughter is the best thing we have ever done."

Aberdeen’s adoption stories: The best thing we have ever done