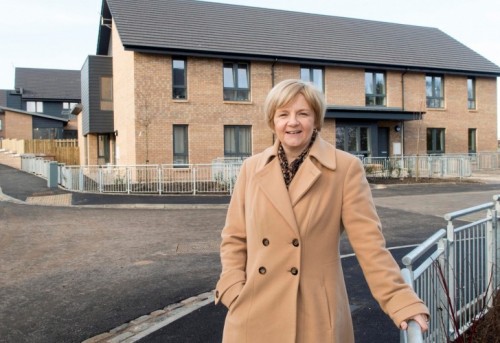 Aberdeen City Council is to explore an innovative new way of meeting demand for housing as part of wider plans to provide 2,000 new council homes.

At today’s (April 30) Strategic Commissioning Committee, councillors approved a proposal to work with landowners to help meet the target set as part of the 2018/19 budget.

The alternative mechanism approved by the committee would enable the Council to purchase completed units from landowners and developers or enter into agreements where properties could be built for the Council at commercially viable rates.

Following today’s decision, the authority will engage with the market to move the proposals forward. The Council has already been approached by a number of landowners interested in the opportunity to use their land for the construction of council housing since the overarching £250million proposal was announced at the budget meeting in March.

Cllr Jenny Laing, Co-Leader of Aberdeen City Council and Convener of the Strategic Commissioning Committee, said: “When we set this year’s budget a key component was the request for officers to report back with options for the delivery of 2,000 new council homes.

“Today’s decision is part of that process and represents a significant step forward. Whilst our own construction programme continues to deliver vital new homes, we recognise that we cannot act alone to meet the long-standing challenges presented by the north-east housing market.

“By working with developers and landowners we are again demonstrating our ability and willingness to innovate and I look forward to further progress following the approval by the Strategic Commissioning Committee.”

Cllr Laing added: “To meet the demand we face in Aberdeen, officers have recommended a range of delivery methods are considered. We expect the majority of new council homes are likely to be delivered through our own build programme but we are keen to explore the appetite amongst landowners to provide units as part of the mix.

“The report considered by members of the committee outlined advantages to the Council in this model and by opening this concept to the wider market and undertaking market engagement we will ensure the Council is acting in an open and transparent manner as well as ensuring best value.”

Specific proposals arising from the market engagement will be developed into individual business cases and reported to future meetings of the Capital Programme Committee.