Statues made from giant play blocks, climbing holds on the side of buildings, outdoor “comfy” furniture, coloured water fountains – these were just some of the ideas put forward by youngsters for making Aberdeen a Child Friendly City.

In June this year more than 120 school pupils took part in a workshop at Harlaw Academy to capture their vision of a more welcoming city for people of their age.

Aberdeen City Council has already worked closely with Unicef UK to deliver the ‘Rights Respecting School Award’ in schools, and in 2017 was accepted onto Unicef’s global Child Friendly City initiative.

The City Centre Masterplan (CCMP) – a 25-year regeneration programme – is helping support the Council’s work to ensure Aberdeen is a place where all children, including the most vulnerable, feel safe, heard and nurtured.

Cllr Boulton, the Council’s CCMP spokesperson, said: “It’s very encouraging that pupils responded with such enthusiasm when invited to present their ideas for making Aberdeen a Child Friendly City.

“The City Centre Masterplan is a living blueprint and the youngsters’ vision will be shared with everyone from politicians to planners to civic partners so it can become embedded in our own thinking when it comes to delivering individual projects.

“Aberdeen’s heart belongs to everyone, not least our youngest citizens, and this kind of information is invaluable when driving transformation forward.”

Members of the Council’s Curriculum and Creative Learning Teams mentored senior pupils from Harlaw Academy and Aberdeen Grammar School, who then led and managed the workshop for younger pupils from the primary feeder schools.

Ideas were recorded using creative and multi-sensory approaches. As well presenting their vision verbally and in writing, the young people could communicate it through drawing and model making. 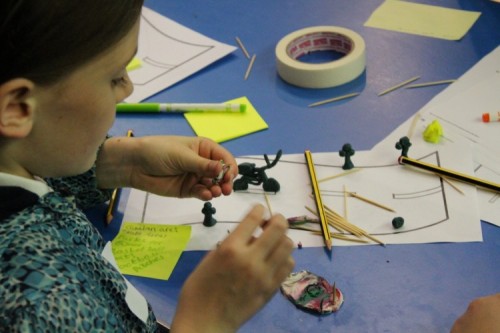 There were lots of requests for “more colour” in the city. Suggestions ranged from “a coloured water fountain” to “painting pavements to look more colourful” to “lights on Union Street all year round”.

Children wish to see more in the way of concerts and festivals. They also want to be involved in cultural activity. There was a call for “a big chalk board on the side of the road so people can draw and write” and one pupil imagined a supply of large play blocks “so we can make our own statues”.

Pupils were keen on informal play space, including artificial turf for football and a netball court. A request for “climbing holds on walls/sides of buildings” typified a desire for an environment that encouraged play, which included exploiting new technologies – “benches with music coming out of them” – and recharging points for personal devices.

Trampolines and swimming pools were popular requests, with places for dancing, hockey and even skiing getting a mention. Ideas for attractions included “open air movies”, “an aquarium” and a “petting zoo”.

Freedom from adults was another recurring theme. Pupils wanted a “kids only” shop, gym and community centre.

Children want their city to be inclusive. “Disability friendly play equipment” and “a sensory park” were among the ideas as well with more lifts and ramps to aid movement.

The feedback evidenced a degree of civic pride (“get rid of chewing gum on streets”). One pupil asked for “more welcome signs” and another for “signs at child friendly height – use pictures instead of words”.

Other wishes extended to “gardens in the city centre for growing food” and markets selling foods from around the world. It was also suggested the city centre should have “more greenery flowers and trees”. Pedestrianisation was a popular vision (“a no-cars zone”). 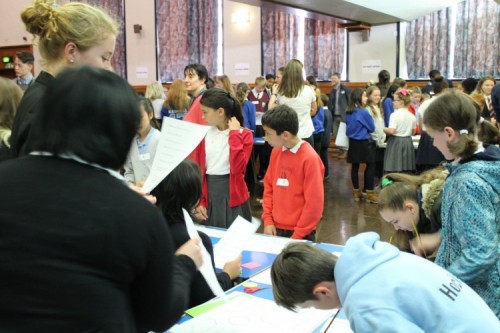