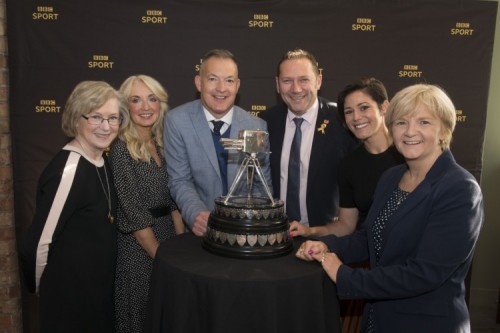 Aberdeen has been confirmed as the host city for the BBC Sports Personality of the Year 2019 as P&J Live prepares to welcome the latest major event to be attracted to the venue.

The event, the biggest awards night in the British sporting calendar, will take place on December 15 and is being brought to the region for the first time.

Presenters Gary Lineker, Clare Balding and Gabby Logan will take to the stage to celebrate a huge year of sport in front of an audience of 10,000 with millions more watching live on BBC One.

Alongside the main event, a special BBC Festival of Sport will take place in Aberdeen on 13 and 14 December. The festival will offer local schoolchildren and members of the public the opportunity to try a variety of sporting activities with BBC Sport talent on hand to offer tips and encouragement.

Director of BBC Sport Barbara Slater said: “It’s been an extraordinary year of sport so far with many incredible moments and surely more to come. I have no doubt Aberdeen will be an excellent host city to help us celebrate them.”

Councillor Douglas Lumsden, Co-Leader of Aberdeen City Council, said: “Today’s announcement is fantastic for the city and there’s already a great buzz about the event’s arrival in Aberdeen. The awards are part of the fabric of life for British sports fans and the appeal stretches far beyond our own shores, with a truly global audience and stature.

“As a city we’ve got a rich and vibrant sporting heritage – not to mention a very bright future – and with the focus of the nation on Aberdeen in December there will be a wonderful opportunity to celebrate that. Embracing sport and the benefits of an active lifestyle are key to the Council’s ambitions for a city where every individual has the opportunity to fulfil their potential. We work closely with a number of organisations to promote a mix of elite provision through to valuable community projects.”

Co-Leader Councillor Jenny Laing said: “Not only will this year’s BBC Sports Personality of the Year ceremony shine a light on Aberdeen as a sporting hub, it will also showcase the city’s transformation – a great demonstration of the way the change in the built environment is supporting a new cultural outlook and opening doors to new opportunities.

“The Event Complex Aberdeen, with P&J Live at its heart, represents Aberdeen City Council’s largest single investment as part of a £1billion capital programme. In creating a world class facility, the largest of its type in Europe, we have equipped the city with the capability to attract events of a scale and stature never seen before. We look forward to many more exciting announcements to follow.”

The ceremony will be shown on BBC One and BBC One HD and tickets will go on sale on 11 October from 9am. For more information visit http://www.bbc.co.uk/sport/sports-personality .

Nominations for this year’s Sports Personality of the Year Unsung Hero Award open today. The award will this year be supported by Made by Sport, an organisation that champions the power of sport to change lives and raises vital funds to support it. The Unsung Hero award celebrates individuals that give up their own free time to help others take part in grassroots sports. To put forward your nomination, simply visit www.bbc.co.uk/unsunghero .