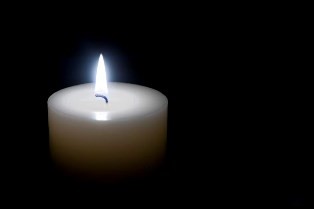 An event to mark Holocaust Memorial Day will take place at the Belmont Filmhouse in Aberdeen this Sunday (29 January).

Aberdeen will remember the millions of people affected by the Nazi persecution and subsequent genocides with a screening of the award winning film, The Fog of Srebrenica.

The film by Samir Mehanovic features interviews with survivors of the 1995 Srebrenica massacre where more than 8,000 Muslim Bosniaks, mainly men and boys, were killed in and around the town of Srebrenica during the Bosnian War.

The Lord Provost of Aberdeen George Adam will welcome attendees and start proceedings by lighting a candle to remember past and present victims and their families.

A number of presentations will follow including one from Councillor Neil Cooney about prejudice and discrimination. Representatives from the Aberdeen Polish Association will also talk about Captain Rotmistz Witold Pilecki the only known person to volunteer to be imprisoned at the Auschwitz concentration camp during World War II.

The event will close with a question and answer session with film director Samir Mehanovic.

The Lord Provost of Aberdeen George Adam said “Sadly intolerance and inequality continues to affect people across the world in a very serious way which has led to horrific crimes being committed.

“It is extremely important that we continue to remember the victims of these atrocities and learn from the past to help build a better future for all.”

Holocaust Memorial Day takes place on 27 January each year. It’s a time for everyone to pause to remember the millions of people affected by the Nazi persecution and subsequent genocides. This year’s theme is how can life go on and asks people to think about what happens after genocide and of our own responsibilities in the wake of such a crime.