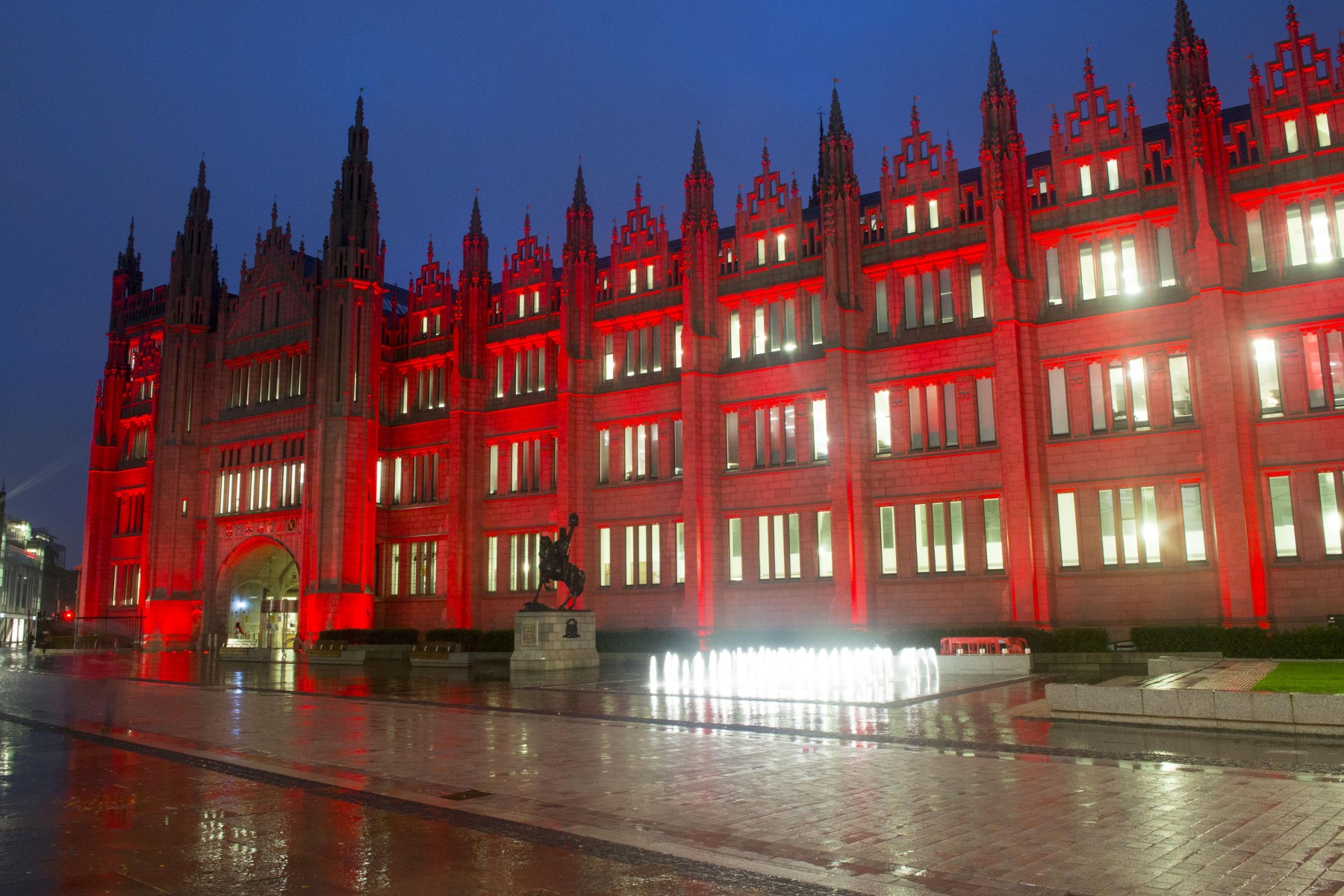 World AIDs Day is an opportunity for people worldwide to unite in the fight against HIV, to show support for people living with HIV, and to commemorate those who have died. It is also an opportunity to raise awareness of the work that still needs to be done.

Earlier this year the Lord Provost of Aberdeen Barney Crockett signed a charter for Aberdeen to become a Fast Track City, which is a global programme to reduce prevalence and stigma around HIV. It aims to end new HIV transmissions, ensure people living with HIV are on effective treatment and to eliminate HIV-related stigma by 2030.

Aberdeen already meets the initiative’s 90-90-90 targets (90% of people living with HIV knowing their HIV status; 90% of people who know their HIV-positive status on antiretroviral therapy (ART) and 90% of people on ART with suppressed viral loads) however challenges continue locally with reducing the incidence of late diagnosis of HIV, maintaining the number of people who are on treatment and ensuring key population groups are engaging with support, treatment and prevention as well as tackling stigma.

As part of this work a Fast Track Cities steering group was established to progress this work and Our Positive Voice, a Grampian-wide peer support group has played a vital role in ensuring the work has continued throughout the global pandemic along with colleagues in Aberdeen Health and Social Care and NHS Grampian.

Our Positive Voice is still able to provide support during the current crisis either over the phone or by video and people can arrange an appointment by emailing info@ourpositivevoice.org

The Lord Provost of Aberdeen Barney Crockett said: “Despite the significant advances that have been made thousands of people are diagnosed with HIV each year in the UK. We need to raise awareness and fight the discrimination and stigma associated with HIV, which is why Aberdeen City Council is a Fast Track City. By working in partnership, we want to end new HIV transmissions, ensure people living with HIV are on effective treatment and to eliminate HIV-related stigma by 2030.”

Dr Daniela Brawley, Consultant in Sexual Health & HIV/Clinical Lead at Grampian Sexual Health said: “It is vitally important people know services are still open and people can still access services, testing and support during the pandemic and beyond.”

Significant scientific advances have been made in HIV treatment and so much more is understood about the condition. HIV is now completely treatable and when someone living with HIV is on effective treatment their life expectancy is unchanged by the virus. Furthermore, when the medication suppresses the virus to an “undetectable” viral load, the virus cannot be transmitted to others. This is scientifically proven and is known as U=U (Undetectable = Untransmittable).

To keep people living with HIV well and to prevent further transmissions it is essential testing for HIV continues during the Covid19 pandemic. Testing is still available through the usual routes and online. For more information on testing please call 0345 337 9900 or go online to hivtest.scot or contact your GP.

In addition to testing and treatment, HIV Pre-exposure Prophylaxis or “PrEP” has been available via sexual health services since 2017. It is a drug that can be taken to prevent HIV transmission for those most at risk and it has already reduced HIV transmissions in Scotland.

Despite these advances over 4,450 people are diagnosed with HIV each year in the UK and many people do not know the facts and how to protect themselves and others. This is compounded by stigma and discrimination which sadly still remain a reality for many people living with HIV. More work needs to be done to raise awareness of what it’s like to live with HIV in the present day and the stigma that exists.