The City Council was announced as overall winner and gold award, after being shortlisted as finalists in the Grounds, Parks and Street Services category, and won bronze in the Waste and Recycling category at the Association for Public Service Excellence (APSE) Annual Service Awards for Scotland.

The awards were given for how the departments have become more efficient, effective and competitive, mostly due to the partnerships they have developed. 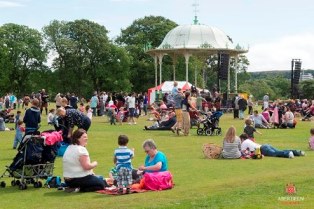 The awards, called Striving for Excellence Awards 2015, not only recognise and promote individual achievement, but also provide an invaluable opportunity for information to be shared with other organisations that recognise the hard work and dedication involved in delivering much needed and valuable services to communities.

Aberdeen City Council Communities, Housing and Infrastructure Convener Neil Cooney said: "This is a fantastic accolade to our dedicated streets and parks teams which work incredibly hard to make our city's streets and parks as clean and pleasant as possible.

"We have also worked extensively with communities, setting up Friends organisations for our parks and organised clean-ups across Aberdeen and we want these relationships to continue and develop further."