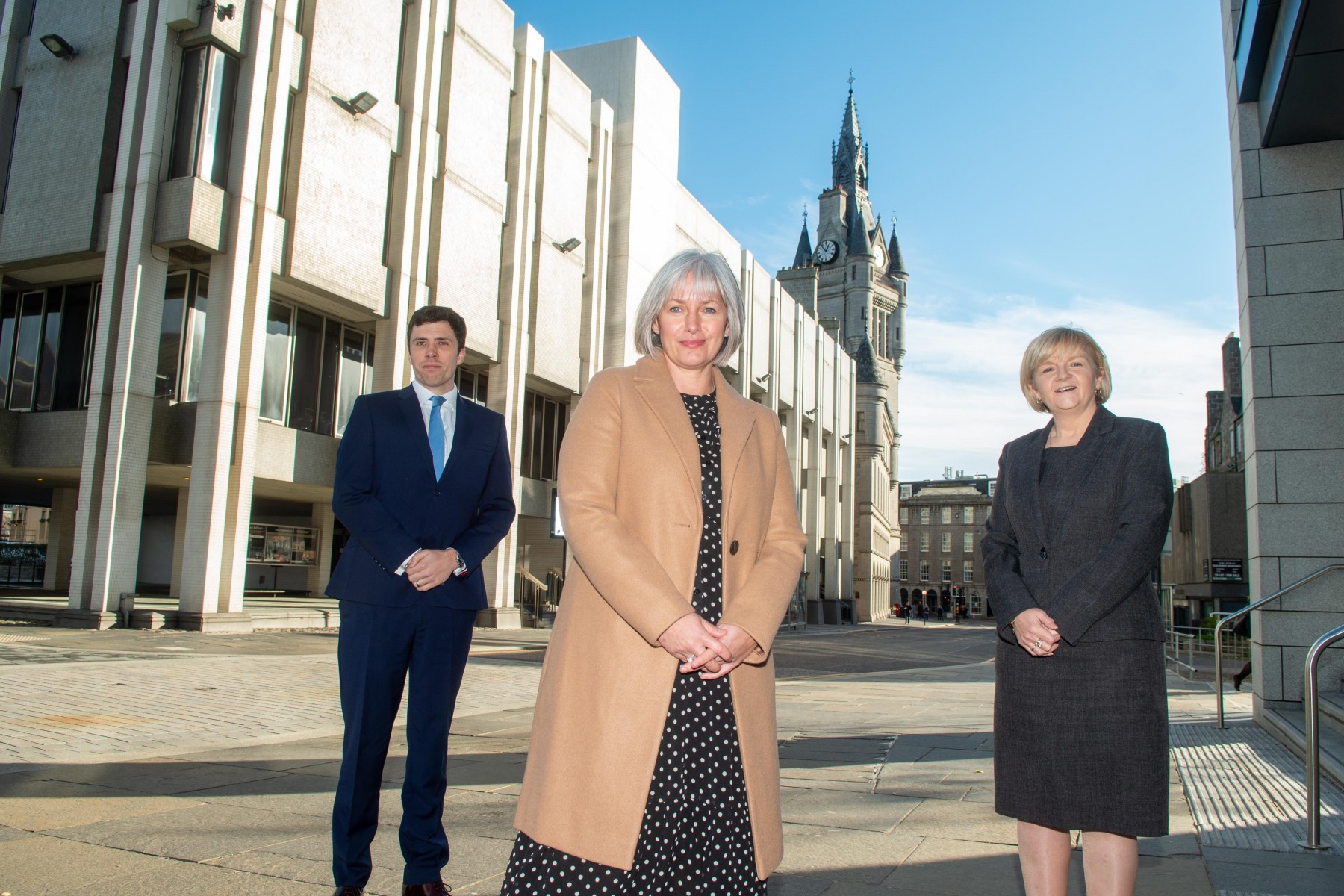 Aberdeen City Council has today [Monday, 25 October] announced bp as its preferred bidder for a commercial partnership which will accelerate the city’s ambitions to become a world-class hydrogen hub.

Following a robust tender process which commenced in June, the Aberdeen Hydrogen Hub concept will enable the continued development of a hydrogen economy in the city.

A key part of the programme will involve the creation of Scotland’s first scalable green hydrogen production facility. Phase 1, which involves delivery of a green hydrogen facility, is targeting first operations from 2024.

As a result, options could include using power drawn from a new photovoltaic solar farm, green power purchase agreements and a private wire grid connection to generate hydrogen for buses, heavy goods vehicles and large vans.

Future phases could then see production scaled up through further investment to supply larger volumes of hydrogen for rail, freight and marine, as well as supply of hydrogen for heat and potentially export. This would be enabled by the expected increased availability of local renewable energy sources, including offshore wind developments that emerge from the ScotWind leasing round.

The Aberdeen Hydrogen Hub programme will support Aberdeen City Council’s ambitions to create a climate positive city and build inclusive growth through supporting hydrogen supply chain development, skills and training, and wider community benefits. A study commissioned by Aberdeen City Council on the growth in demand for hydrogen power estimates that if the hydrogen hub enables the export of renewable hydrogen, then 700 skilled jobs could be created in the hydrogen industry by 2030.

Aberdeen City Council leader, Councillor Jenny Laing, said: “This is a huge announcement for Aberdeen. It paves the way for the city to be a world leader in the production of hydrogen-based green fuel and energy.

“It will help create a cleaner, more sustainable city for local people and it also provides us with the opportunity to create hundreds of skilled jobs and add millions to the Aberdeen economy.

“There is tremendous investment potential, and we already have deep-rooted skills and experience in the energy sector to tap into.

“Aberdeen has a worldwide reputation as a pioneering hydrogen city with a net zero emissions vision. We are already leading the way to a greener, cleaner future and working with bp, we intend to put Aberdeen at the forefront of the green economic recovery.

“We already have a successful partnership with bp, who have advised the Council on the delivery of our Energy Transition Strategic Infrastructure Plan and this exciting announcement builds on that work.”

Louise Kingham OBE, bp’s UK head of country and senior vice president for Europe, added: “bp wants to play a leading role in Scotland’s energy transition as is evidenced by this news and our transformational bid in the ScotWind offshore wind leasing round.

“These new business opportunities are underpinned by our 50-plus years of operations in the North Sea where, based out of Aberdeen, we have built up vast skills and experience that are directly transferable to emerging energy industries.

“We look forward to working with Aberdeen City Council on this exciting project and are pleased that - following the competitive and robust public procurement process – we were able to position bp as the partner of choice.”

Aberdeen City Council embarked upon its hydrogen journey more than 10 years ago and has already demonstrated how demand can be created within cities, using the zero emission fuel to power a fleet of 25 buses, 60 public sector vehicles and waste trucks, as well as the P&J Live events complex. More than two million passengers have travelled on the city’s hydrogen buses, and CO2 savings to date are in excess of 100 tonnes over the last six years.

Aberdeen City Council’s Convenor for City Growth and Resources Commmittee, Councillor Ryan Houghton, said: “We’re proud that hydrogen is already here in Aberdeen and this significant commercial partnership with bp is set to support our ambitions. We plan to create a blueprint which can be replicated around the world by the cities and regions looking to reach net zero.”

As the preferred bidder, bp will now work with Aberdeen City Council to conclude the contractual process which will lead to the set-up of the joint venture. Work will then commence on the required front end engineering design (FEED) work, with the aim of making a final investment decision on the selected development concept in 2023.

Partnering with cities and corporates as they shape their own paths to net zero is a core part of bp’s strategy introduced in August last year. Over the next decade, bp expects to partner with 10-15 cities globally to provide innovative, integrated ‎and decarbonised energy solutions at scale to help them achieve their goals of net zero emissions.

William Lin, bp’s executive vice president regions, cities and solutions, said: “bp is truly delighted to have been selected as preferred bidder for this new low carbon energy project which will help develop an integrated, end-to-end energy system for the city based on green hydrogen with real potential for future growth within Aberdeen and beyond.

“The hub builds on Aberdeen’s leading position as a global energy centre as well as its growing reputation as a centre of excellence for hydrogen technology.

“For bp, this is further evidence of putting our strategy into action as we seek to provide integrated energy solutions to help cities and corporations decarbonise and get to net zero. We are very proud of the partnership and cooperation that we have with the Council and look forward to deepening our relationship going forward.”