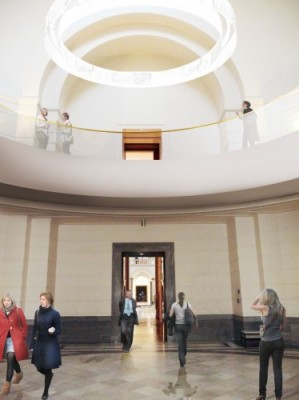 A major project to restore one of Aberdeen’s most important buildings has received a cash boost of £1.5million.

Aberdeen Art Gallery’s £30million Inspiring Art and Music redevelopment has been successful in their bid for funds from the UK Government.

The donation, awarded by HM Treasury through Libor funds which are raised through fines levied on banks, will be used to directly fund major renovations in the Remembrance Hall.

Aberdeen City Council Leader Councillor Jenny Laing said: “We are delighted to receive this substantial donation towards our Art Gallery redevelopment project. This donation means we are now 25% of the way towards our fundraising total.

“Together with Aberdeen Art Gallery and Cowdray Hall, the Remembrance Hall is one of the city’s most important buildings and it is imperative that we protect and enhance it for future generations.

“When the complex re-opens next winter, the Remembrance Hall will be brought to life as a welcoming place for reflection and contemplation, with new opportunities for learning through digital projections and interactive displays.”

Plans for the Remembrance hall include creating a Gallery of Memories, a digital and interactive display of stories, artefacts and photographs from Aberdeen residents reflecting their experiences during past conflicts.

Work is also ongoing to create a fully digitised version of the City's Rolls of Honour, focusing on lives lost during the First World War to mark the 100 year commemoration.

Lists of names of Aberdonians who lost their lives will be projected on the wall opposite the new commission. The original Rolls of Honour books were on display on a marble shelf in the Remembrance Hall prior to closure, but pages were never turned.

The digitisation project will give visitors the opportunity to actually see people’s names associated with each conflict, including civilian and merchant navy causalities.

In addition, a special new artwork is to be designed to remember Aberdonians who have lost their lives in conflict.

This focal point for remembrance, commissioned by Aberdeen Art Gallery, will become a centrepiece in the Remembrance Hall to honour all those who served in war time and those who remained at home.

“It highlights the importance of the entire Inspiring Art and Music £30million redevelopment project, which is creating a world class cultural venue in our city centre which is accessible to all.

“Aberdonians should be proud that the significance of our Remembrance Hall is being recognised through this major award. We will build on this success and encourage other funding bodies, businesses and individuals to support the fundraising campaign in order to achieve our ultimate goal of £10million.”

Aberdeen City Council are currently fundraising to secure a further £7.5million for the redevelopment of Aberdeen Art Gallery, Cowdray Hall and the Remembrance Hall and are appealing to Aberdeen Citizens to help support the transformation. 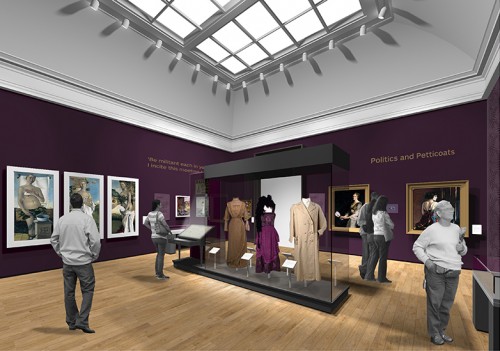 As well as refurbishing the buildings, the work, which is due to be completed by the end of 2017, will increase the number of galleries from 11 to 21, establish a new exhibition space to attract the very best visiting artwork from around the world, provide two new education spaces for learners of all ages and create a stunning new rooftop gallery with roof terraces opening up beautiful views of the city.

For more information and to make a donation visit: http://www.aagm.co.uk/Support-Us/Donate.aspx