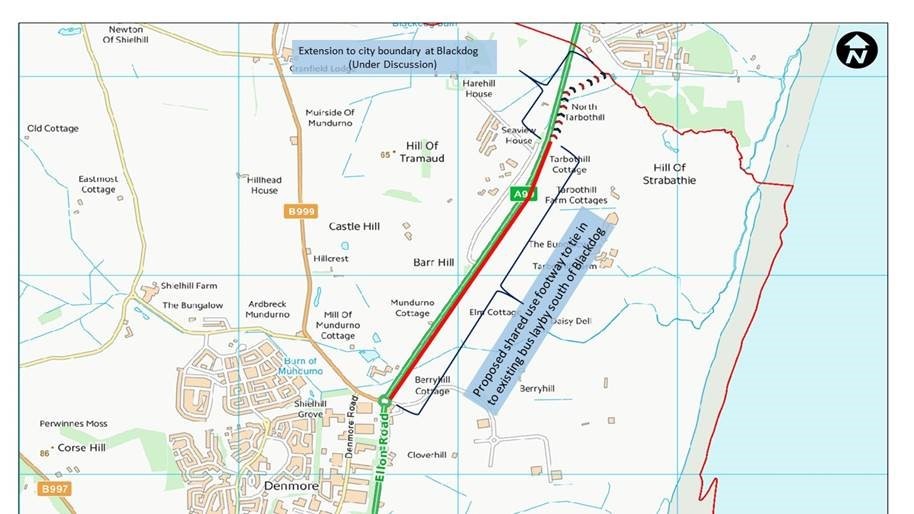 A key cycling and pedestrian link from the A92 Murcar roundabout to just south of Blackdog was yesterday approved by councilors on the city growth and resources committee.

The new 3m-wide route will encourage people to use active travel (cycling and walking) in the area and links an existing path/cycleway in the Bridge of Don to another path south of Blackdog, in Aberdeenshire Council’s area. It will also link in with an existing bus layby on the road.

In 2015, a feasibility study was carried out for a path from Aberdeen to Blackdog with respect to the Aberdeen Western Peripheral Route (AWPR) works to develop a route for walking and cycling north of Aberdeen. The first two phases along Ellon Road have already been completed. This A92 Murcar roundabout to Blackdog area was identified as a missing link for active travel between the Bridge of Don and communities north of the city.

An online exhibition and survey of the proposed design were held earlier this year and today, at the city growth and resources committee, councillors agreed unanimously to spend £450,000 on the link.

Funding was secured by Aberdeen City Council from AWPR offset mitigation fund to develop the shared-use cycleway. The project is part of the city’s Active Travel Action Plan designed to improve cycling and walking facilities and routes.

The new path will tie in with the existing shared-use (cycle and pedestrian) path located south of the Murcar roundabout on the west side of the A92 Ellon Road near to the Bridge of Don retail park, industrial estates, residences, businesses, schools, as well as a Park and Ride. Bus stops are also located along the A92 Ellon Road in both a north and south direction, establishing ease of connection between public transport and active travel.